The Weekly Insight: The Dance Continues 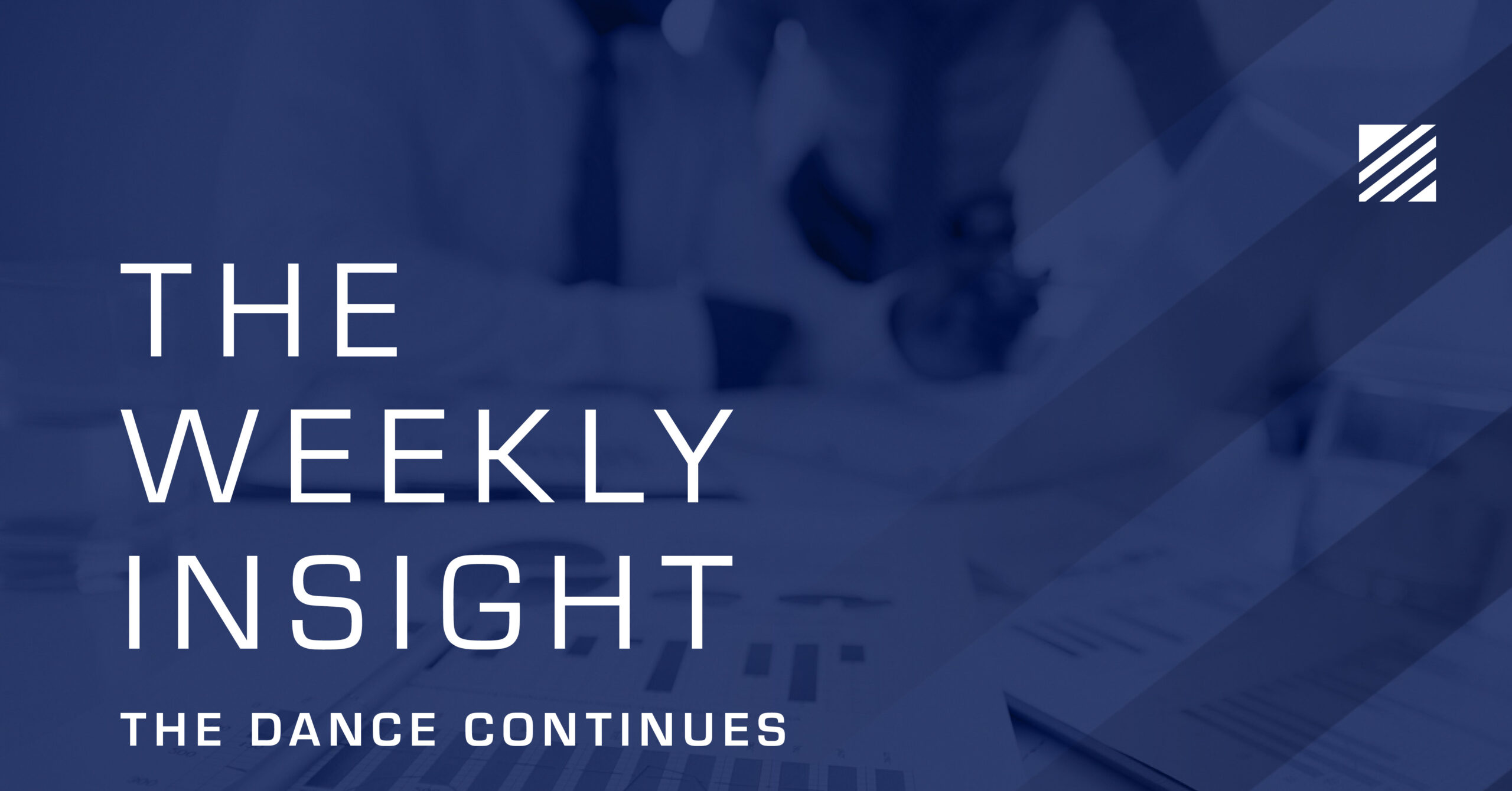 It has been a long year for everyone. In fact, it’s been a long few years. It is hard to believe that in just a few short months we will be celebrating the three-year anniversary of the onset of the COVID economic cycle. Three years since things have been “normal”.

There has been a lot to fret and complain about. Fear has certainly been justifiable. Anyone who tells you’ve we have seen this before is, frankly, lying.

But the other side of the equation is the also true. Those who make it their business to yell from the mountain top that the world is ending are just as wrong.

Last week, the market did not get the news for which it was hoping. Fair enough – and we will discuss it in detail below. But the outcry after Chairman Powell fumbled through a press conference (again) was overwrought. For example, major hedge fund manager Elliot Management sent a letter out to clients this week citing the risk for “hyperinflation” and “global societal collapse”. The good news for Elliot’s clients is – if they are right – there will not be any need to pay Elliot’s exorbitant management fees which run at 1.5% a year plus 20% of all profits.

But really? Hyperinflation? Global societal collapse? As we showed you last week, we are currently 7% above trendline and a long way from the inflation we had in the 70s. Even that was not hyperinflation, it was just bad inflation. Now is not the time for fear mongering. 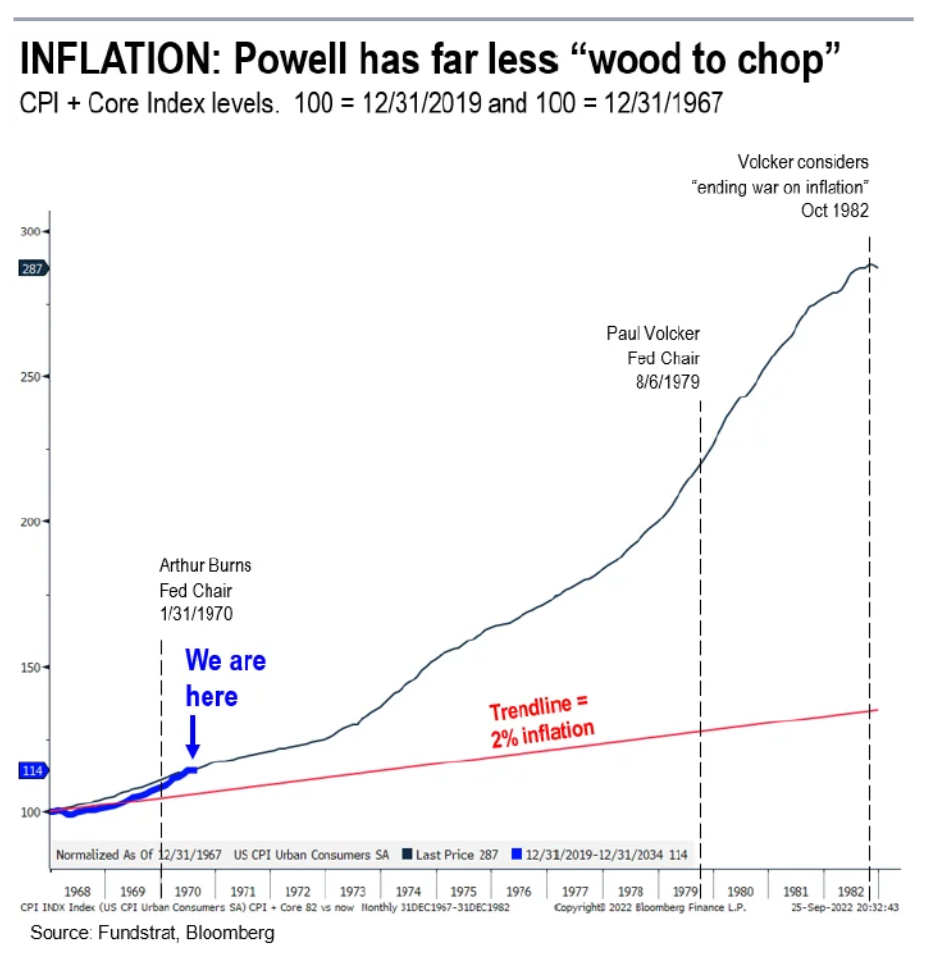 At some point, we have to stop being surprised. Chairman Powell has the distinct ability to turn even the rosiest of pictures grim. And he did that again on Wednesday.

As we discussed last week, no one doubted the Fed would raise rates by 0.75%, which is exactly what they did. But the statement that accompanied the hike said exactly what many pundits had been begging the Fed to say:

In deciding the pace of future increases in the target range, the Committee will take into account the cumulative tightening of monetary policy, the lags with which monetary policy affects the economic activity and inflation, and economic and financial developments (emphasis added).

It was the first time the Fed has publicly acknowledged the lag between interest rate hikes and their impact on the economy. And it was addressing exactly what we talked about last week when we said, “There is a longstanding belief that the economic effects of Fed policy take six to nine months to trickle through the economy”. It was a sign to the market that the Fed was beginning to adjust their approach on rate increases.

The result was a nearly 50-point jump in the S&P 500 which sustained itself…until Powell took the podium. 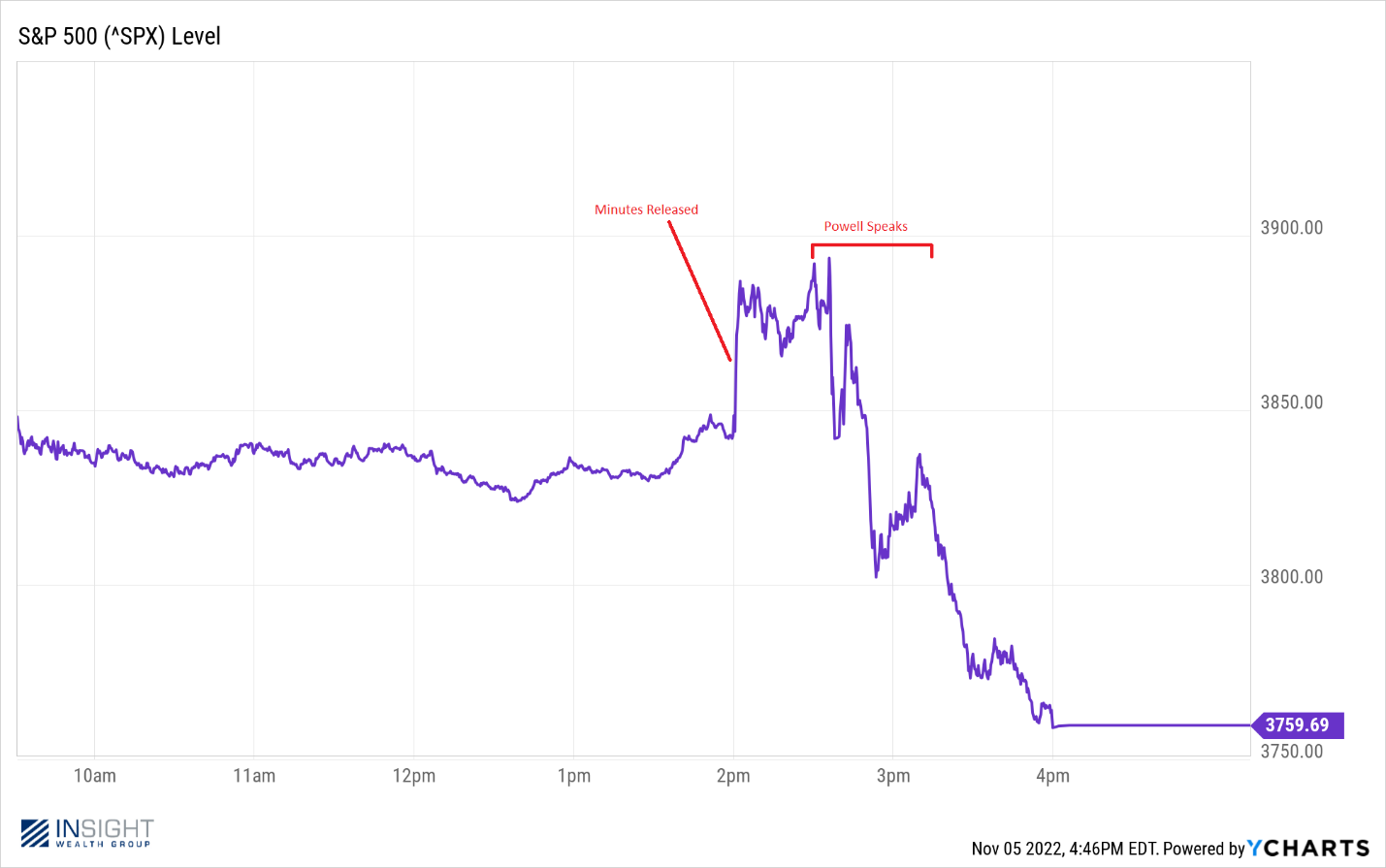 If the Fed’s official statement was dovish, Powell’s remarks were anything but. He was clear: he is much more comfortable with the Fed overtightening (and causing a recession) than undertightening and allowing inflation to gain more steam. The quote of the day was that it was “very premature” to think about pausing rate increases.

And so, it continues. We must prepare ourselves to continue the “Fed/Inflation/Recession” circular argument we have talked about so many times in the last several months. We have yet to break the cycle.

One of the key reasons for Chairman Powell’s hawkishness was the labor market. He noted that he “doesn’t see the case for real softening (in the labor market) just yet”. We wrote a piece about this after to the last jobs report called “Good Jobs Bad/Bad Jobs Good” that highlighted this case. The goal of the Fed is to see worse data in the hopes that a slowing job market will help bring down inflation.

Ironically, Powell might have gotten exactly what he was hoping for just two days after his remarks when the October jobs report came out. While the jobs numbers were slightly higher than expected, new jobs grew less than they did in September (233,000 new jobs vs. 319,000 in September). And, more importantly, the unemployment rate unexpectedly jumped from 3.5% in September to 3.7% in October. We are not used to cheering rising unemployment, but we supposed it is time to get on that train. Yay, unemployment!

The big economic news this week is the October CPI data which comes out on Thursday morning at 8:30AM CST. As of this morning, the expectations are modestly good.

As with every CPI report since spring, expectations matter much more than actual results. Beat the expectations – great news. Miss them – watch out. Expect this to matter a lot this week in portfolios.

The big non-economic news this week is, of course, the mid-term elections. We will continue our “non-partisan” approach to things as the last thing anyone needs is another pundit in their ear. We would just encourage you to remember our most important democratic duty and get out and vote.

In the meantime, remember that markets love divided government. Polling continues to show that is exactly what we are going to get. The House looks certain to flip to the Republicans. The Senate is still a toss-up with close races in states like Pennsylvania, Georgia, Nevada, and Arizona. Just brace yourself as this might not be over on election night. If neither candidate gets more than 50% in the Georgia race, state law sends the contest to a runoff election. If that is the case, we may not know the result until December 6th.

We hope this update finds you well. If you have any questions, please do not hesitate to give our office a call!