The Weekly Insight: Patience Is Key 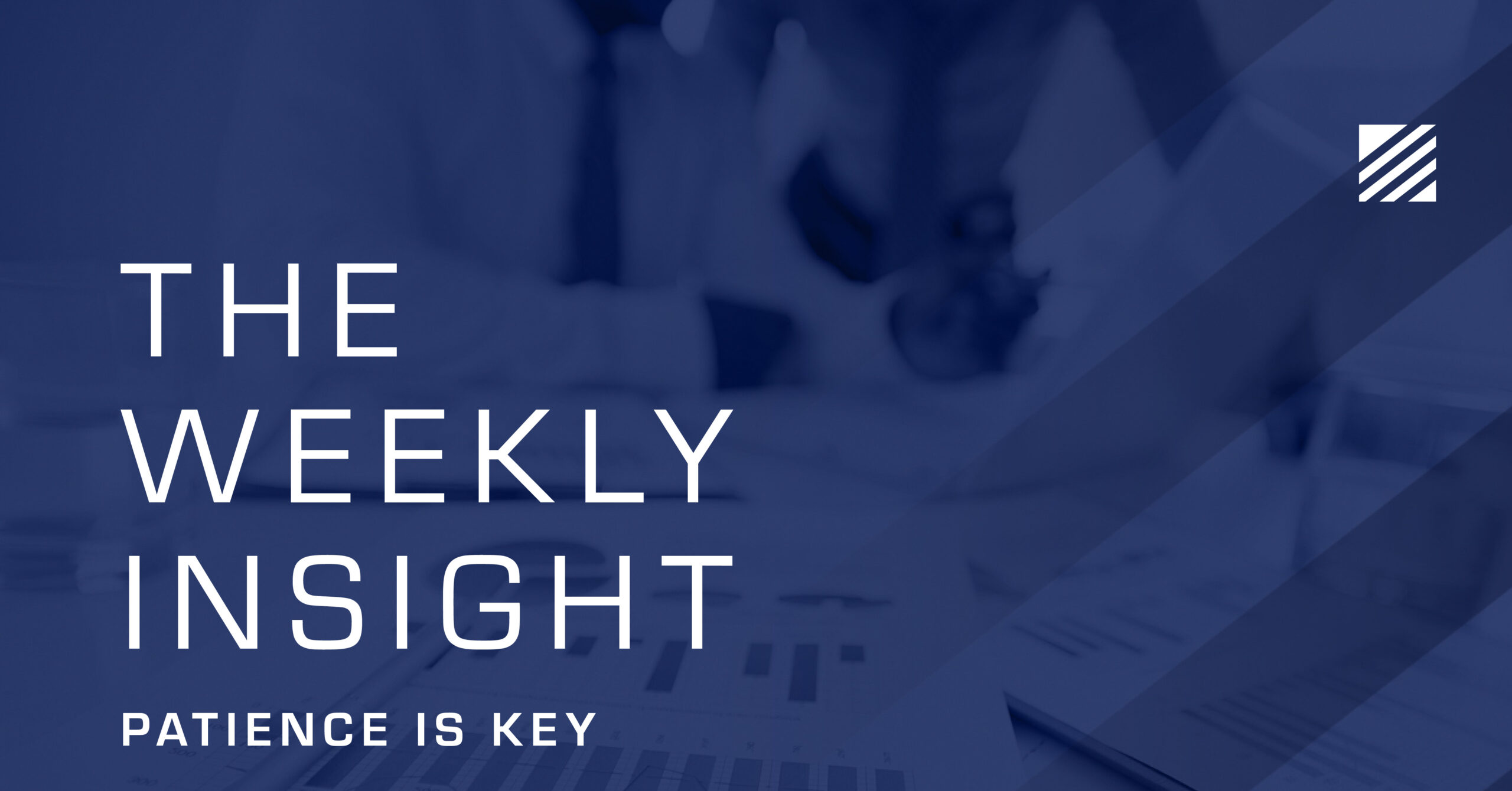 Well, how about that? The election is over (except for our clients in Georgia…sorry!), and the world did not end. And then we got some good news on inflation. Those two events drove us to a tremendous week in the markets and the economy. In fact, Thursday was the single best day in the market since 2020. 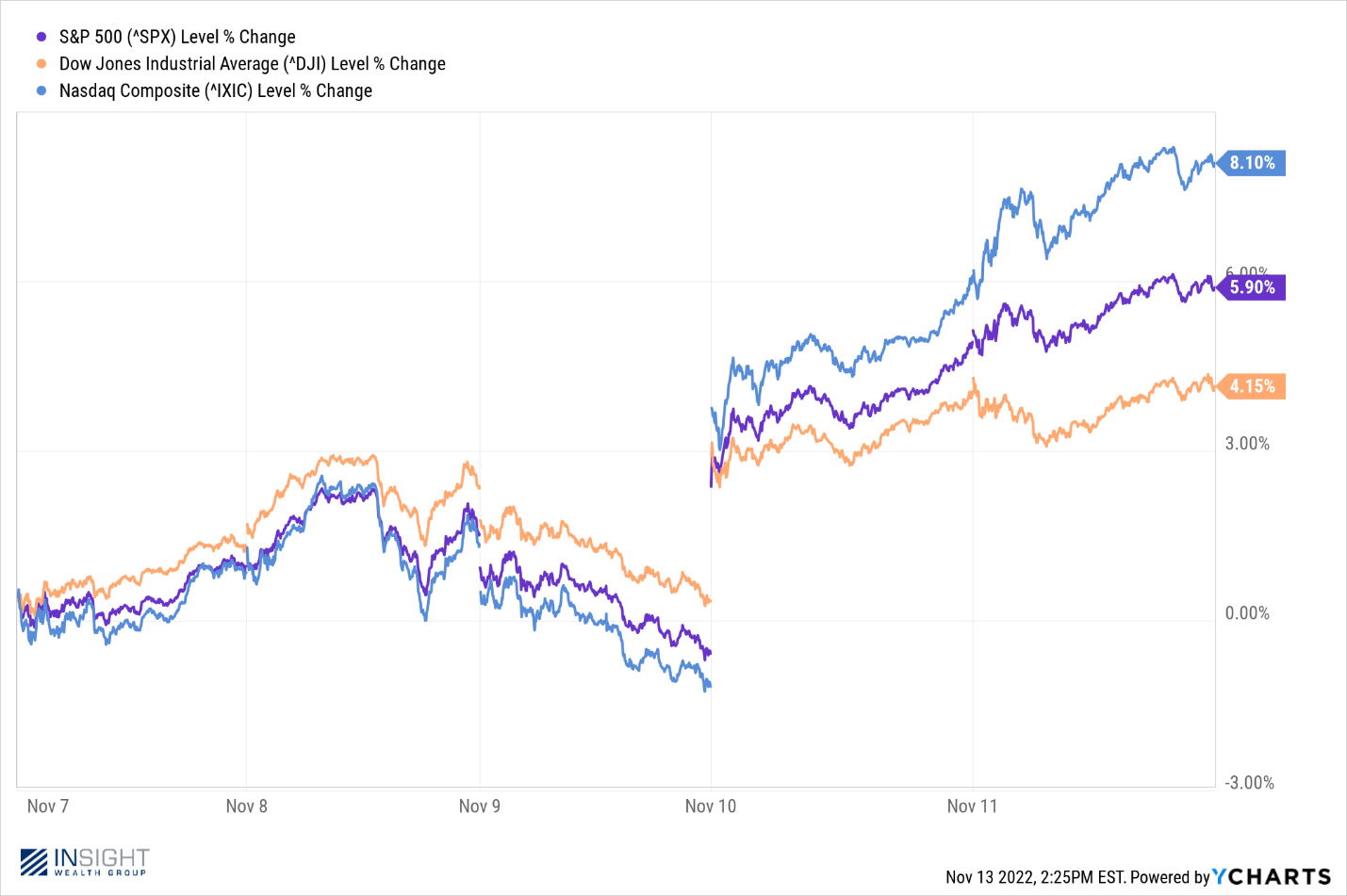 Unlike the week of the recent Fed meeting, last week the market got everything it wanted. Let’s break it down.

Well, it’s official. The American people voted, and the result was overwhelming: we are sick of politics!

In all seriousness, neither party could generate consensus support – especially in swing states. A month ago, the Democrats were in the driver’s seat. Last week, the pollsters were talking about a Red Wave. The result? Not much changed.

In the House, it certainly looks like the GOP will take the majority, but it is not much of a majority. As of Sunday afternoon, the GOP had either won – or likely will win – 217 of the 218 seats needed for control. Democrats were sitting at 213. Five races remain toss ups with the Republican candidate ahead in four of them. Technically, the Democrats could still run the table and pull off a one-seat majority, but it is unlikely.

On the Senate side, the Democrats officially locked in the majority with victories declared in Arizona and Nevada for the Democrat incumbent Senators. That puts the Senate at 50 D – 49 R with the Georgia race between Walker (R) and Warnock (D) going to a runoff on December 6th. If Walker wins, we will have the same 50/50 Senate we have had for the last two years (with VP Harris as the tie-breaking vote).

We have been harping for months on the idea that markets love “divided government”. No matter the outcome of those final six races, we are going to have it. With historically slim majorities in both houses of Congress, it is unlikely they are going to be able to advance any significant policy.

The one place where that might bite us? The debt ceiling. The current authorization expires sometime in the first quarter (it’s a fungible date depending upon the amount of debt). If the ceiling is not lifted, the U.S. would default on its debt which would not be a good thing. Democrats announced over the weekend they would look to raise the ceiling prior to the new Congress starting in January. Republicans promised to put up a fight. We will watch this closely to see how it might impact the current recovery.

We have been talking for a long time in these pages about why we thought inflation was falling – and would continue to fall – compared to the peak from earlier this year. The problem had been not one of data, but one of expectations. While things were improving, they were not improving rapidly enough to signal a shift in Fed policy – the biggest driver of the market this year.

So, on Thursday, we got what we had been waiting for: a significant beat of inflation expectations. The numbers were not simply good, they were great. It was one of the biggest surprises (to the good) for inflation in the last decade. 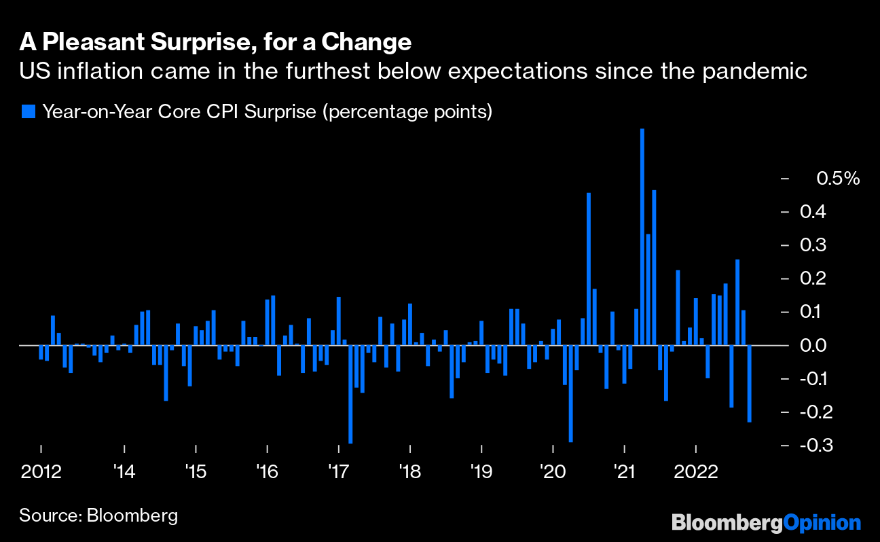 The market loved it. The message, from nearly every outlet, was that the peak in inflation was finally in. We understand the sentiment – because we have been saying it for a while!

But this is one of those moments where we need to play the devil’s advocate. Market sentiment shifted dramatically on Thursday. It is possible it might have been a bit too optimistic. The bond market is a great place to see this.

The chart below via Bloomberg lays out the largest single day drops in Treasury yields over the last 30 years. One of them was Thursday. The other nine? They all were in response to specific policy announcements from the Fed or other Central Banks. Having a drop this large simply off a monthly inflation report is not normal. 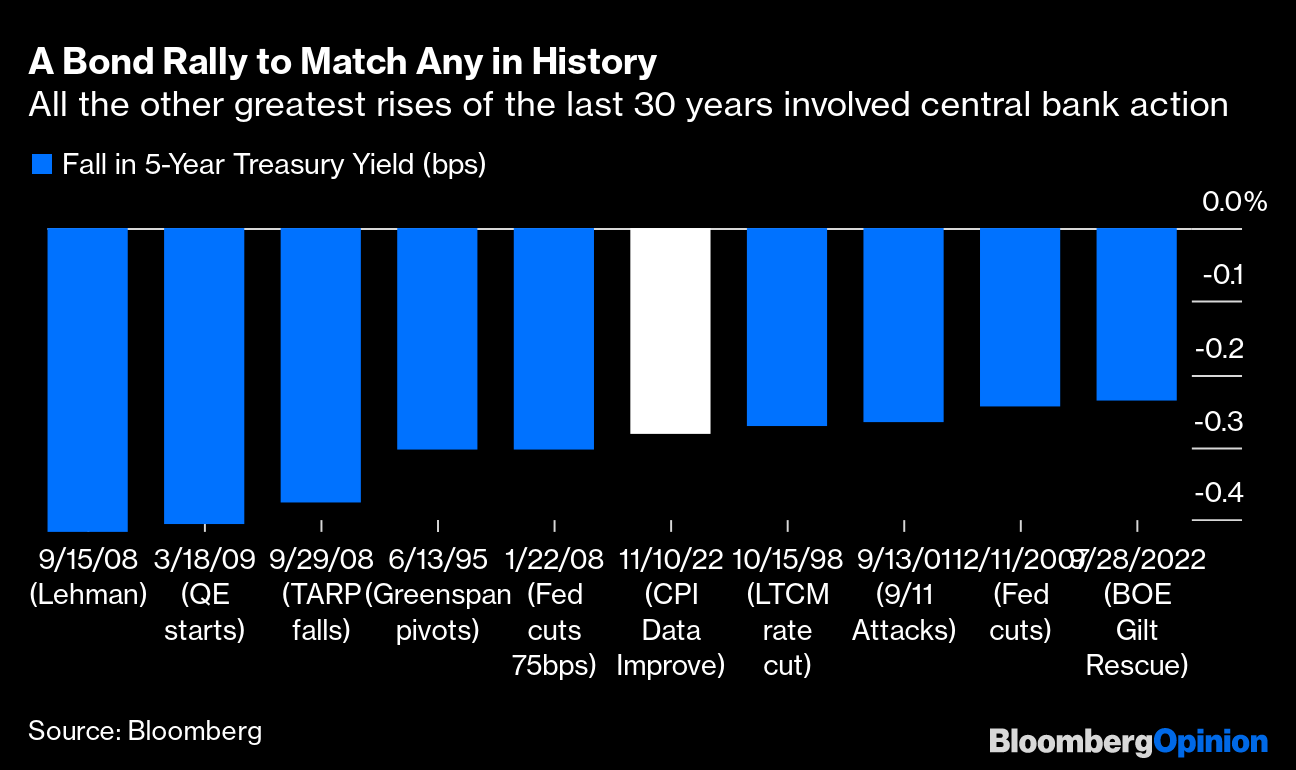 It should be no surprise that the markets sentiment of what the Fed would do next also shifted. The market has moved sharply toward consensus that the Fed will shift their rate policy and begin slowing their rate increases to 0.50% when they meet next month. 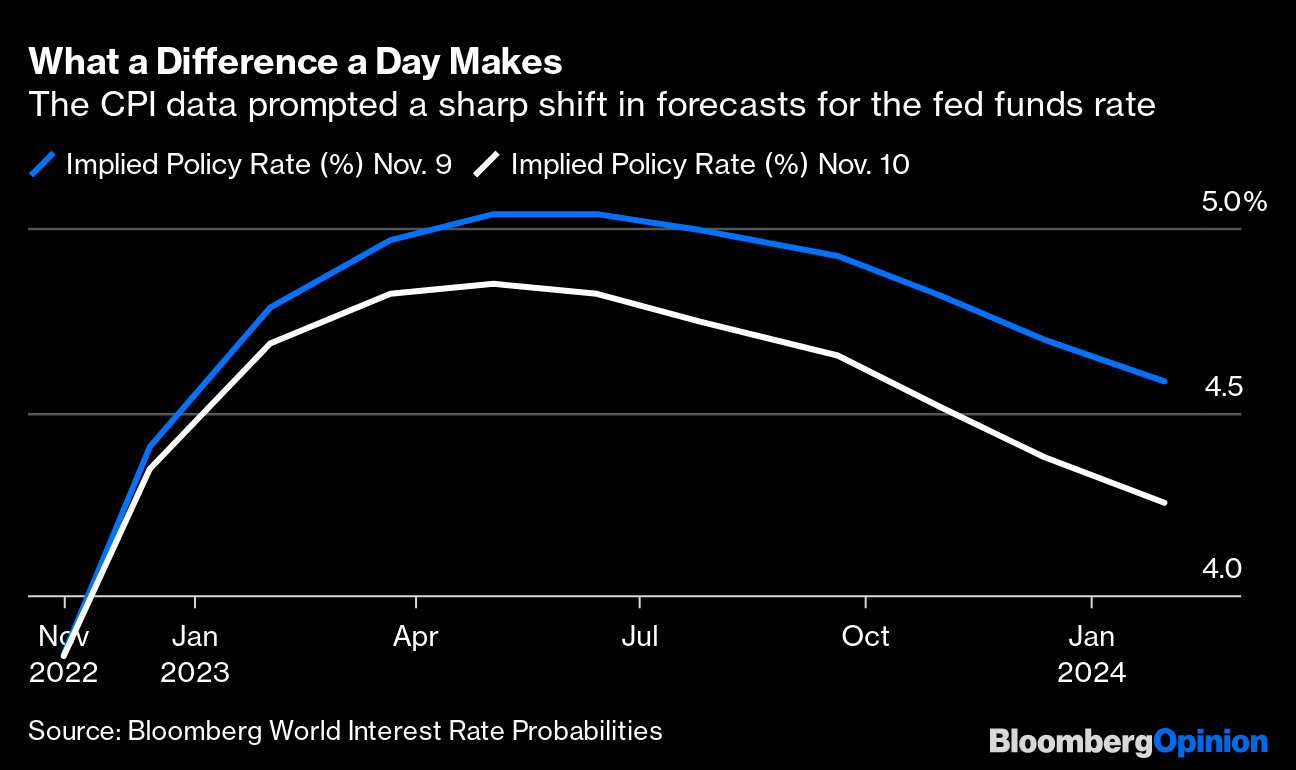 But is that really going to happen? We are hopeful, but we are not there yet. The next Fed meeting is on December 14th. The November CPI data comes out on December 13th. There is no doubt it will play an important role in the Fed’s decision making. So will the November jobs data which comes in on December 2nd.

It took two years to dig the inflation hole/interest rate hole that we are in. We did not pop back out of it Thursday. It was a big – and incredibly positive – step. But the path forward is going to continue to have difficulties. Patience is going to be important.