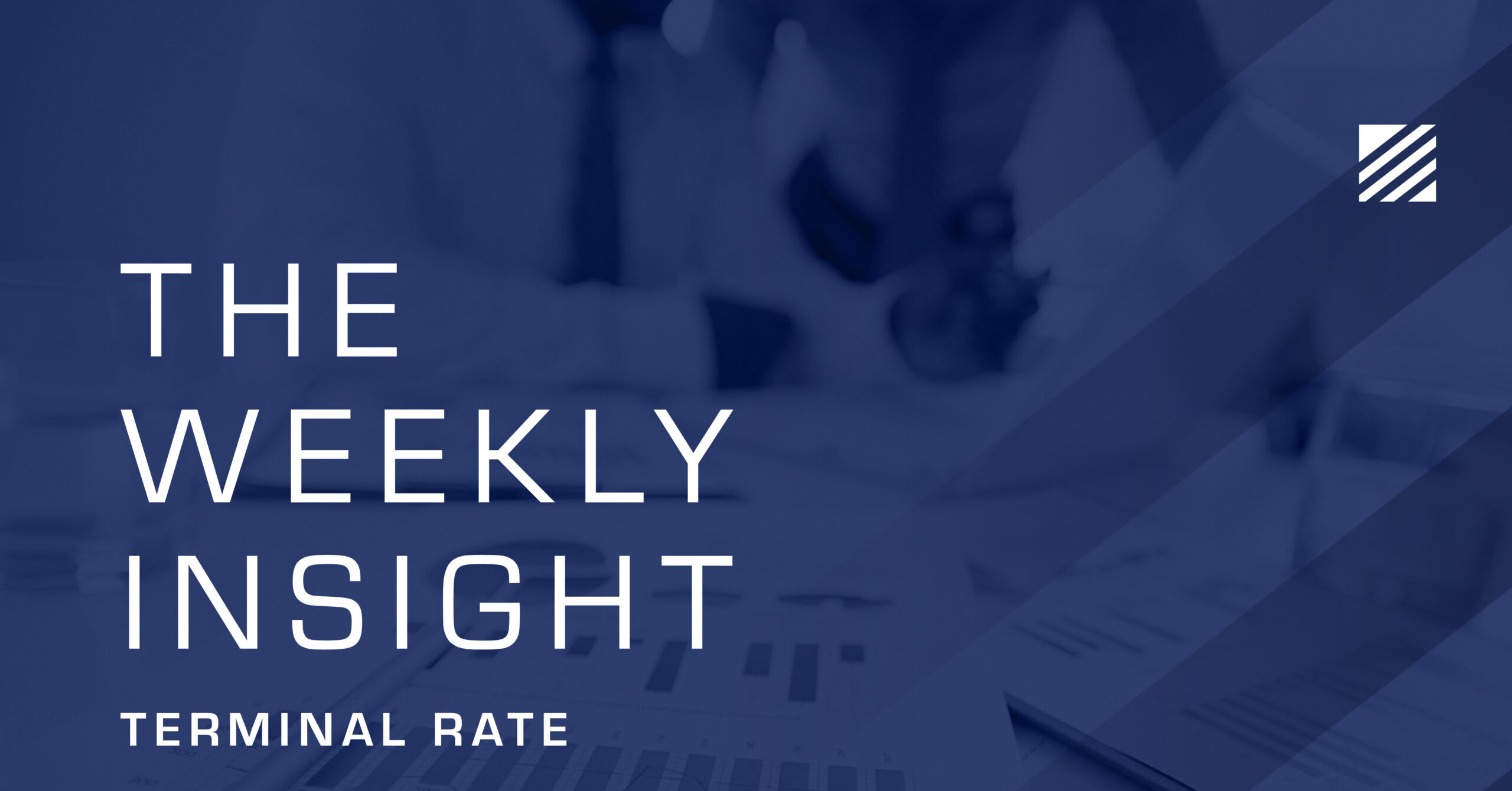 “History never repeats itself, but it does often rhyme”. – Mark Twain

We had a scary moment last week when an errant missile fell inside Poland, killing two Poles. The market reacted swiftly, dropping 1.3% in a matter of minutes. It was a reminder that – while the war in Ukraine has fallen off the front page in the United States, it still can impact us – and the world – in a manner far beyond what we have seen so far.

We have made the argument in these pages more than once that the state of the world today is better than at any time in human history. That remains true. But while technology, trade, and open communication have made the world a smaller and more transparent place, human nature is still…human.

That makes understanding our past – and the issues that have previously led to conflict – important to our understanding of the future. While the deaths in Poland ended up being a less dangerous situation than originally thought, there are parallels between what is happening today and previous multi-party conflicts.

You likely all know the story that the “first shot” in World War I was the round that killed Archduke Franz Ferdinand of Austria. But why did the assassination of the heir to the Austrian throne (his uncle Franz Joseph I was Emperor at the time) lead to one of the deadliest wars in human history? Two words: international alliances.

The story is a winding one, but let’s hit the bullet points:

It was a falling of dominos. But the result was nearly forty million casualties across Europe and around the world.

Today’s international alliances are much “cleaner” on our side. The rules of NATO (as spelled out in Article 5 of the treaty) are simple: an attack on one is an attack on the whole alliance. That is why the deaths in Poland stressed the market – and the world – out so much. Thankfully, it turned out not to be a direct Russian attack on a NATO member. But it was a stark reminder that we are always one crazy Nationalist away from potential crisis. Let us all hope that cooler heads prevail.

Not So Fast, Says the Fed

A week ago, the unexpectedly positive showing in CPI lead to an optimistic market. You may recall in our last memo we talked about the need for patience.  We loved the data but given the lack of consistency from the Fed this year, we were not convinced one good CPI report was enough to change the policy direction.

Members of the Fed had a chance to weigh in this week. It was not what the market was hoping to hear.

Kansas City Fed President Esther George said in an interview with the Wall Street Journal that we are “looking at a labor market that is so tight, I don’t know how you continue to bring this level of inflation down without having some real slowing, and maybe we even have contraction in the economy to get there”.

San Francisco Fed President Mary Daly stated Wednesday that a “pause in rate hikes is off the table”.

St. Louis Fed President James Bullard spoke on Thursday. He commented that the Fed still had a lot of work to do and suggested the moves by the Fed thus far were not enough to fight inflation. “To attain a sufficiently restrictive level, the policy rate will need to be increased further”, he said.

Sensing a trend? The Fed message machine was in overdrive last week. Why? Because a market expansion like we saw the previous week is inflationary! If the market gets too far out in front of the Fed, it becomes increasingly difficult to bring inflation in line.

The market listened this week and paired some of its gains from the previous week. But given the Ukraine situation and such aggressive language from the Fed, we are a bit surprised the S&P was only off 0.69%. 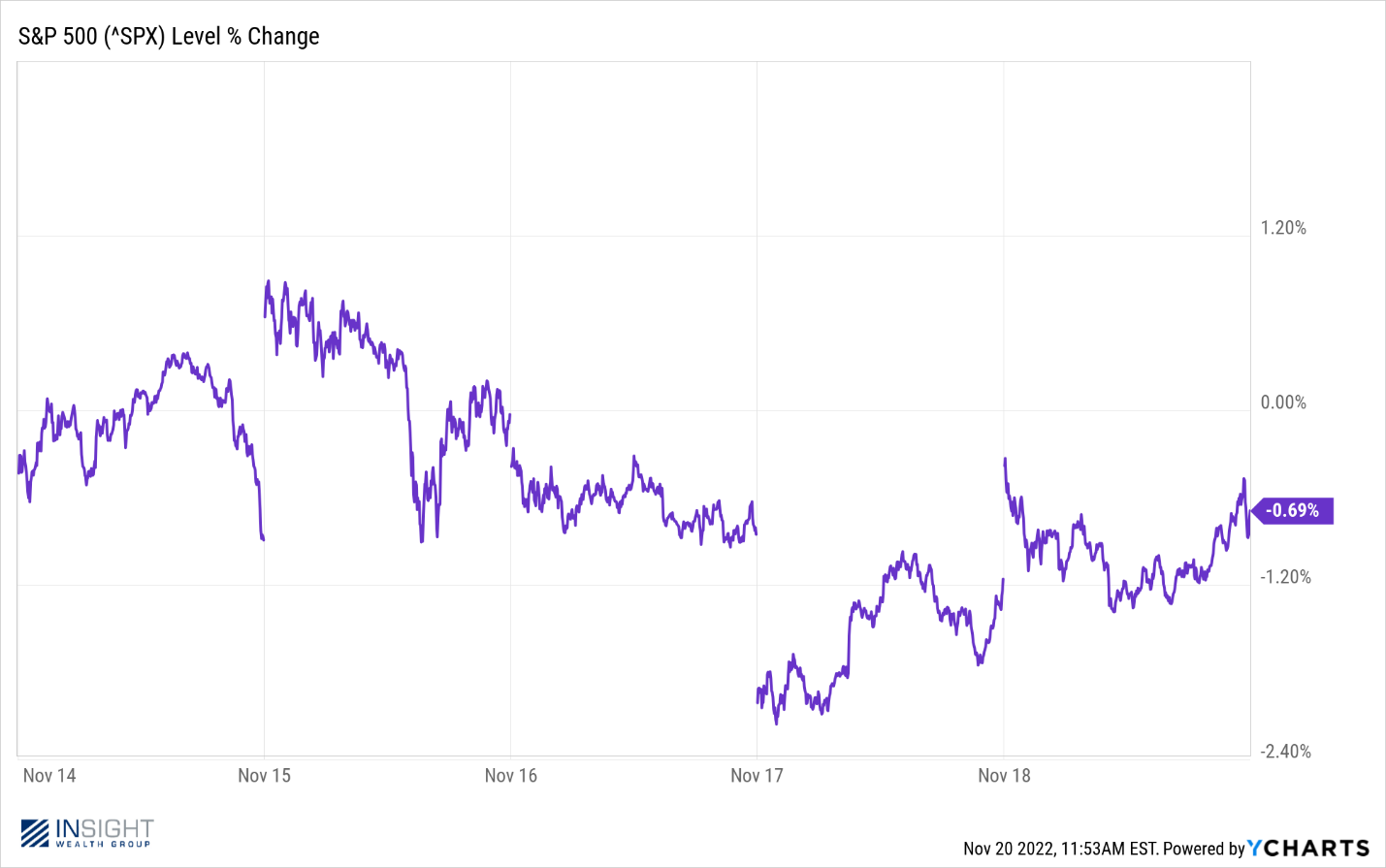 The Next Expectations Game

As you all know by now, the success of portfolios in 2022 is largely based on expectations of inflation and Federal Reserve policy. Results from inflation reports and Fed meetings that are better than expectations mean rallies. Worse mean steep contractions. That makes understanding those expectations especially important in managing money.

With that in mind, what are the big expectations between now and the end of the year? We would point to four big moments to watch:

The most important on the list above is the Fed’s Economic Projections. We know we are facing more rate hikes – the Fed governors made that clear this week. The question is not if rates are going up, but how high and for how long. The “terminal rate”, as they call it.

As of the last Fed meeting, the expectation for the terminal rate sits between 4.50% and 5.00%. Assuming 5.00% as a top-end, that means rates still need to climb an additional 1.00% from where they are today. The market is pricing in a bit more than that today, with the expectation that rates peak at 5.00 – 5.25% by late spring.

The ultimate question to end this year is if the Fed will move that target. Will the terminal rate go substantively higher? If not, it means we are nearing the end of the rate hike cycle and the days of 0.75% per month rate increases are behind us. But if the terminal rate climbs dramatically on December 14th, it will be the clearest sign yet that we have a long march ahead of us. The market’s moves over the next three and a half weeks will be very dependent upon where sentiment is for this decision.