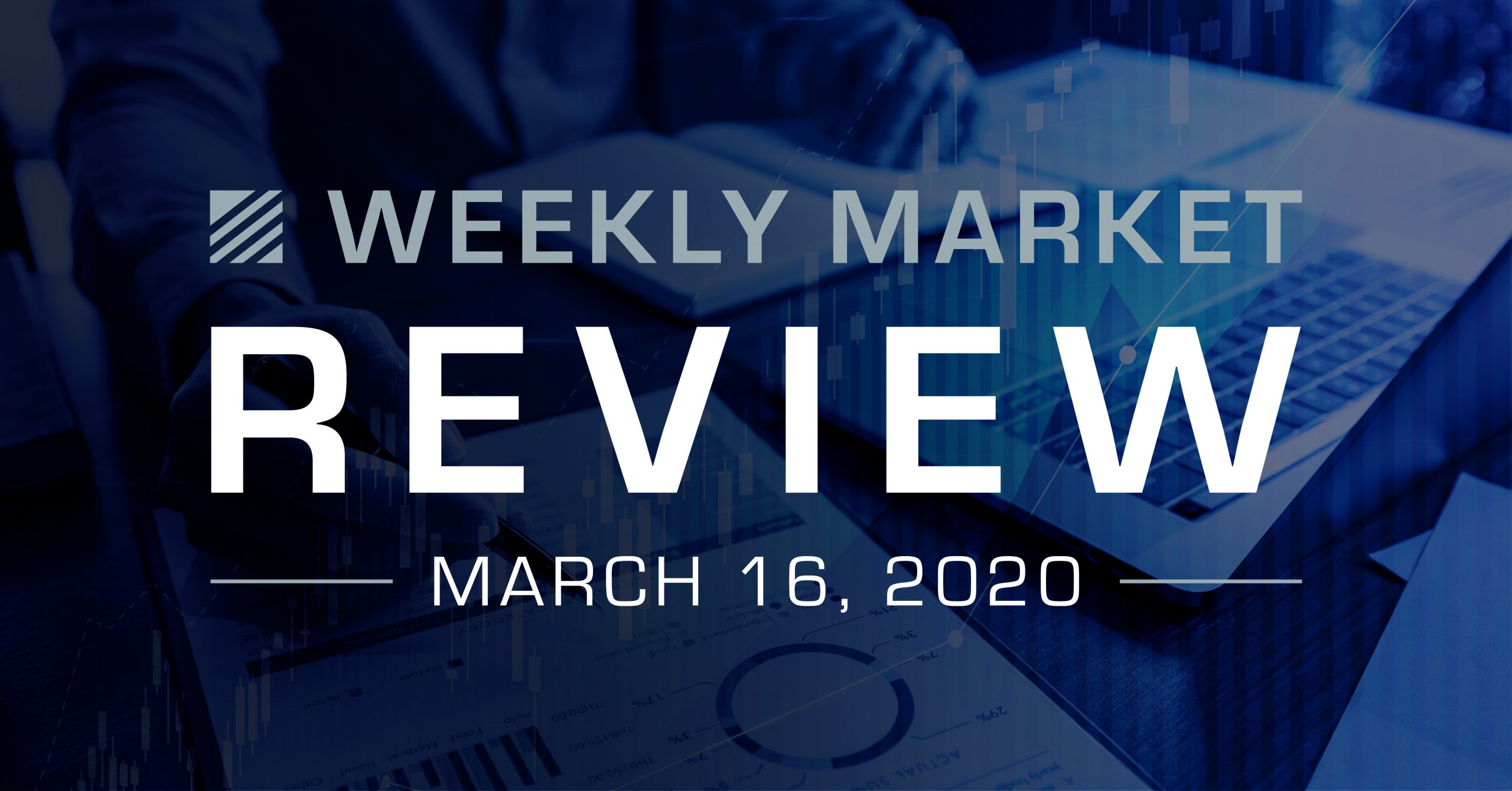 DJIA daily moves of -2,013, +1,167, -1,464, -2,352, and +1,985 added up to the end of a historic 11-year bull market and show as well as anything that the market is struggling to quantify where to go from here. Markets priced in global recession as a fait accompli as we all debate the duration and depth of both economic and financial market downturn – which is really a shame given the strengthening trend in the global economy (Fed stimulus, Citi Econ Surprise Indices, survey data, etc..) that was in place leading up to the coronavirus outbreak and oil price collapse.

Our base case remains that this is a liquidity crisis, not a solvency crisis with the expectation that monetary and fiscal forces will maintain financial market solvency. That said, deflationary shocks and tangible earnings/growth headwinds are inevitable with the magnitude still unclear. Ultimately, if hygiene and social distancing turn out to be enough, the economic hit should be relatively short and manageable. However, if global viral pandemic translates to mass quarantines and long-term business closures, the damage could be significant. The coming weeks should provide indication as to whether Western nations can replicate the success of Eastern nations like South Korea, China, and Singapore which have implemented successful containment measures. We continue to believe this market represents an opportunity for long-term investors to judiciously rebalance portfolios given record low bond yields and real value across global equities contingent on successful monetary/fiscal stimulus across the world. The first signs of daylight (CoVid-19 curve flattening or oil production cuts) should sprout renewed optimism across risk markets.  Investors must be properly positioned at that time to participate in what may be a cycle of relatively quick re-pricing of risk.