The Weekly Insight: Where’s the Peak? 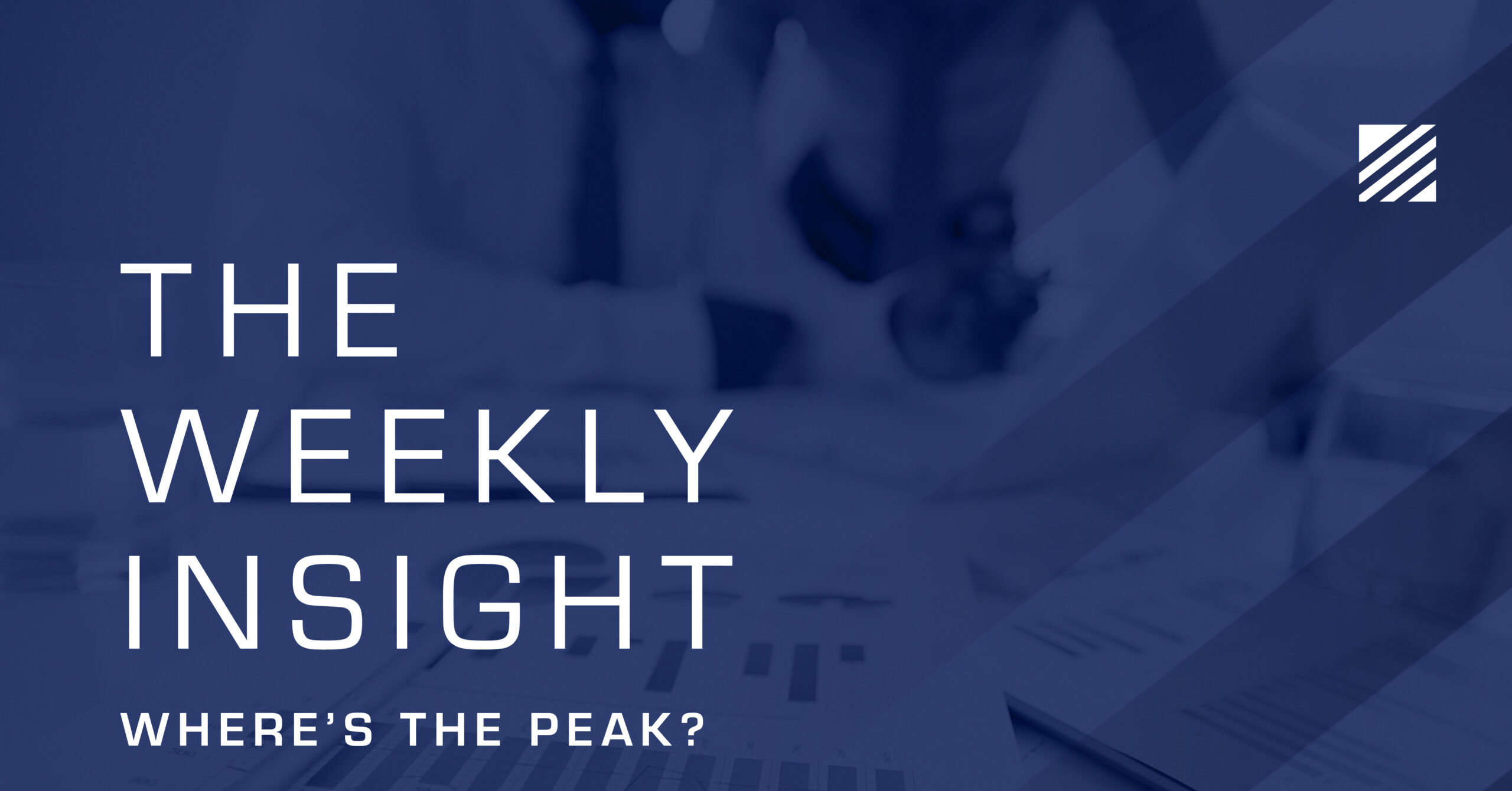 In last week’s memo, we highlighted the expectations game that was surrounding the August inflation report that was released on Tuesday. The expectation was that the report would be…mixed. Not too good, but also not too bad. As we noted at the time:

“If that’s exactly how it works out, it would be a pretty good report…A report worse than these expectations almost guarantees (a) 75-basis point (rate hike) …A bad inflation print would not be fun in stocks and bonds for a few days”.

That might end up being a candidate for “understatement of the year”. The August inflation report was decidedly not good. And the market reacted in kind. We are going to look at the report, the expectations for this week’s Fed meeting, and how to best navigate these waters this week. Let’s dive in.

What Did We Learn from the CPI Report?

We have discussed the difference between “Core Inflation” and “All-Items Inflation” in several memos. As a quick refresher, “Core” is “All-Items” minus food and energy. As we have mentioned before, the old truth was that the Fed ignored All-Items because they could not affect the cost of food and fuel.

Is “all-items” the new standard? We would say no. Core continues to remain the bell weather. That is why the market freaked out this week. All-items CPI only rose by 0.1% month-over-month. It was a bit higher than expected, but not substantial. But Core? That was a different story. It jumped 0.6% month-over-month which was twice the expectation. Given that core had been falling for months, this was a shock the system was not expecting.

What led this surprising rise in core inflation? Three areas stand out: new autos (up 0.8%), shelter (up 0.7%), and medical care services (up 0.8%). Two of those three – autos and shelter – are big weights in the overall inflation picture.

Your author once had a boss that suggested he learn the art of “under-promising and over-delivering”. It is an important axiom for life, but it is also important in relation to the stock market. The market’s expectations for interest rates got a little too optimistic coming out of the Fed’s last meeting and we have seen a rapid shift to a much more pessimistic view in recent weeks (since Powell’s Jackson Hole speech). 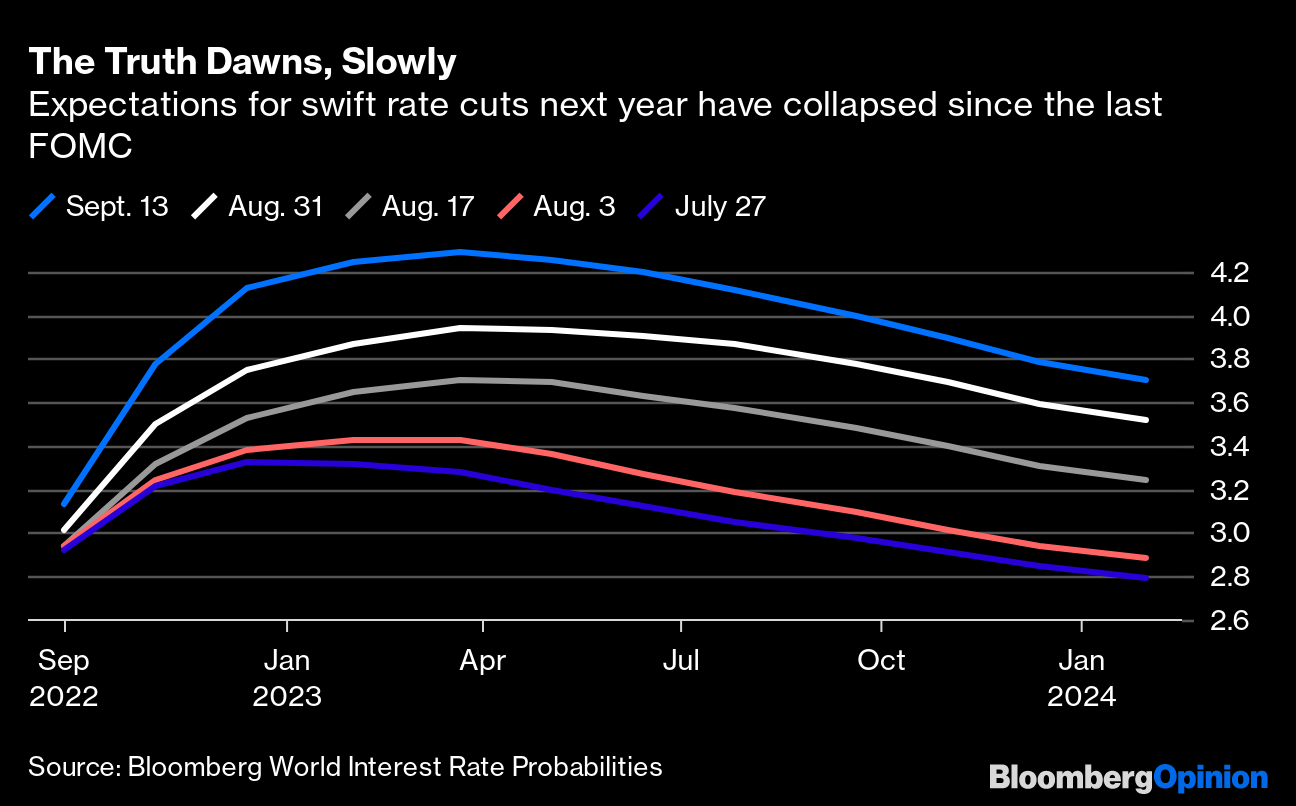 In the end, the truth is always somewhere in the middle. As we have said many times in these pages, things are never as good – nor as bad – as they seem to be.

That is what Chairman Powell has been telling us for the last few weeks. And his guidance seems more prescient than ever after last week’s inflation report. Maybe, just maybe, we finally have a “grown up” Fed that is leading us forward with a (necessarily) firm hand. It has been a while since we have seen that, and it will take the market some time to get used to this new approach.

But in the end, the outcome for this week’s Fed meeting is nearly pre-ordained. If there was any question about a 75-basis point hike prior to the inflation data, it is gone today. The only variable some in the market are considering is whether Powell & Co. will choose to go a step further and raise rates by a full 1%. We would consider that unlikely. The inflation data last week – while not good – was certainly better than what we saw in June & July, so Powell “choosing violence” does not seem a likely outcome. But it is one we will watch closely this week as the market is giving it 18% odds at this point. 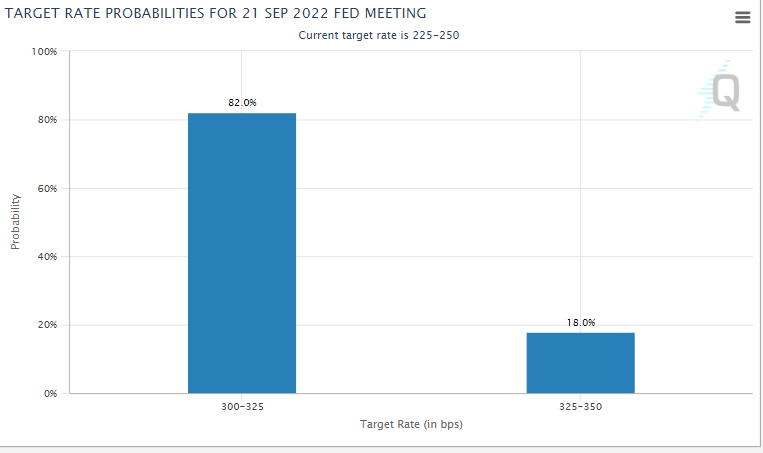 Where Is the Peak?

The issue that caused the most consternation this week was the market had hoped we had seen a peak in inflation. That turned out not to be the case. But there is some good news on the horizon.

The chart below looks at how changes in all-items inflation would affect year-over-year inflation over the coming months. It is important to remember that we are entering a period where we are measuring inflation against high inflation from the previous year, not low inflation. So, we are getting an improvement in the “base case” as economists call it.

You will recall that all-items inflation rose by 0.1% month-over-month in August. The chart below looks at changes between 0.0% and 0.4% for the next 15 months. As you can see, even if we see 0.4% inflation every month for the next 15 months, inflation will still peak in this month’s report. Anything 0.2% or lower and we have already seen the peak. More importantly, if we continue at 0.2% or better, we should hit (or get near to) the Fed’s 2% target by next summer. 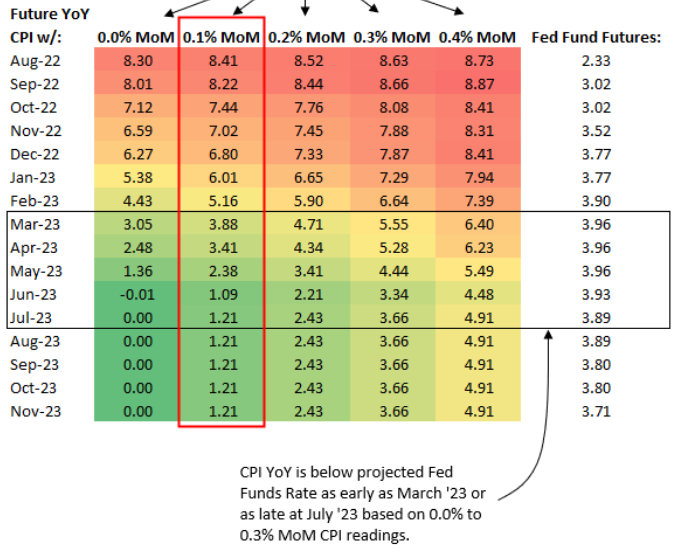 Calling the peak is tough. But setting the peak is important for markets. As the chart below shows, Peak CPI ALMOST always leads to growth in the equity markets. 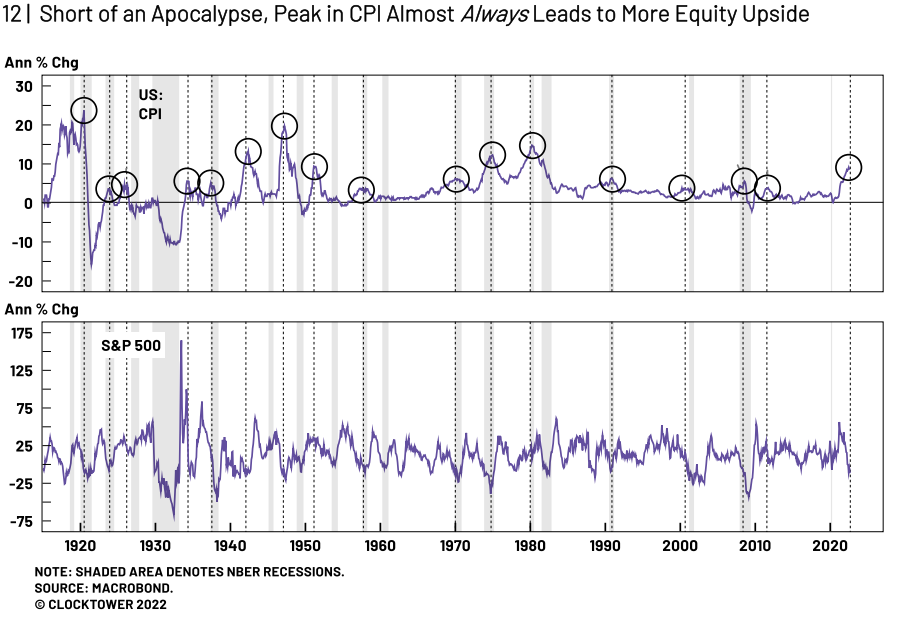 But knowing when to deploy that capital is a tough call. It is tempting to put money to work after a week like last week. Markets are down nearly 19% on the year – not far off the low of 23% in June. Is it possible more downside exists? Certainly. It is a time to dollar cost average assets into the market if you want to jump in.

But the good news is rising rates also mean those who are not ready for the equities markets have options. It was not long ago that short-term fixed income opportunities had near zero return. Today that is not the case. A look at less than one-year maturities on the TD Ameritrade fixed income desk shows some decent options for those short-term needs while folks wait.

No matter where your head is today, now is a time for patience. Admittedly we are very impatient while we write that! But as we have long said about the psychology of the market, this type of environment is never the time to run from opportunities. If the peak is coming, it just might be the time to get to work.