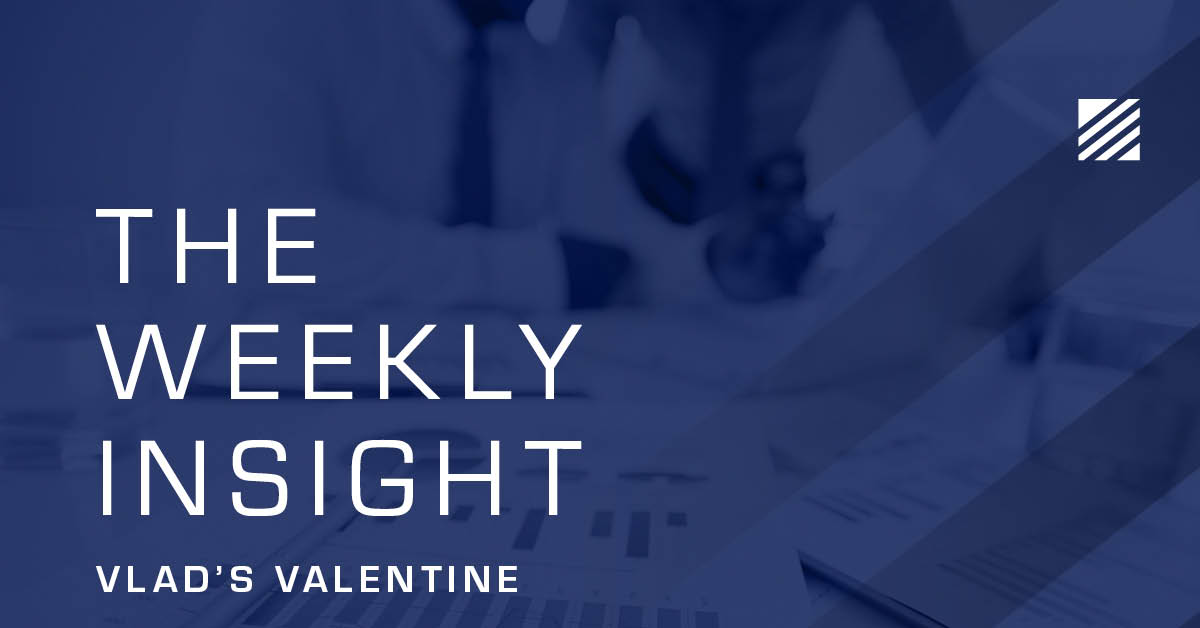 Happy Valentine’s Day! While we hope you are enjoying the day with loved ones (or running out to get flowers if this just reminded you what today is!), it is safe to say the market was not feeling the love last week. So, before you head to your romantic dinner, we thought we would break down where the action is coming from and what it might mean as we head into the new week.

The market ended the week focused on a press conference held by Jake Sullivan, President Biden’s National Security Advisor. To say Jake wasn’t feeling the love would be an understatement. He was pointedly clear on a few items:

While we would agree with Mr. Sullivan that there are no guarantees an invasion will happen, anytime someone steps to the podium at the White House and tells people to “RUN!,” it is a pretty solid indication this is serious. And the market definitely responded. Here’s the chart for the S&P 500 for the day. Any guesses when Mr. Sullivan stepped to the podium? 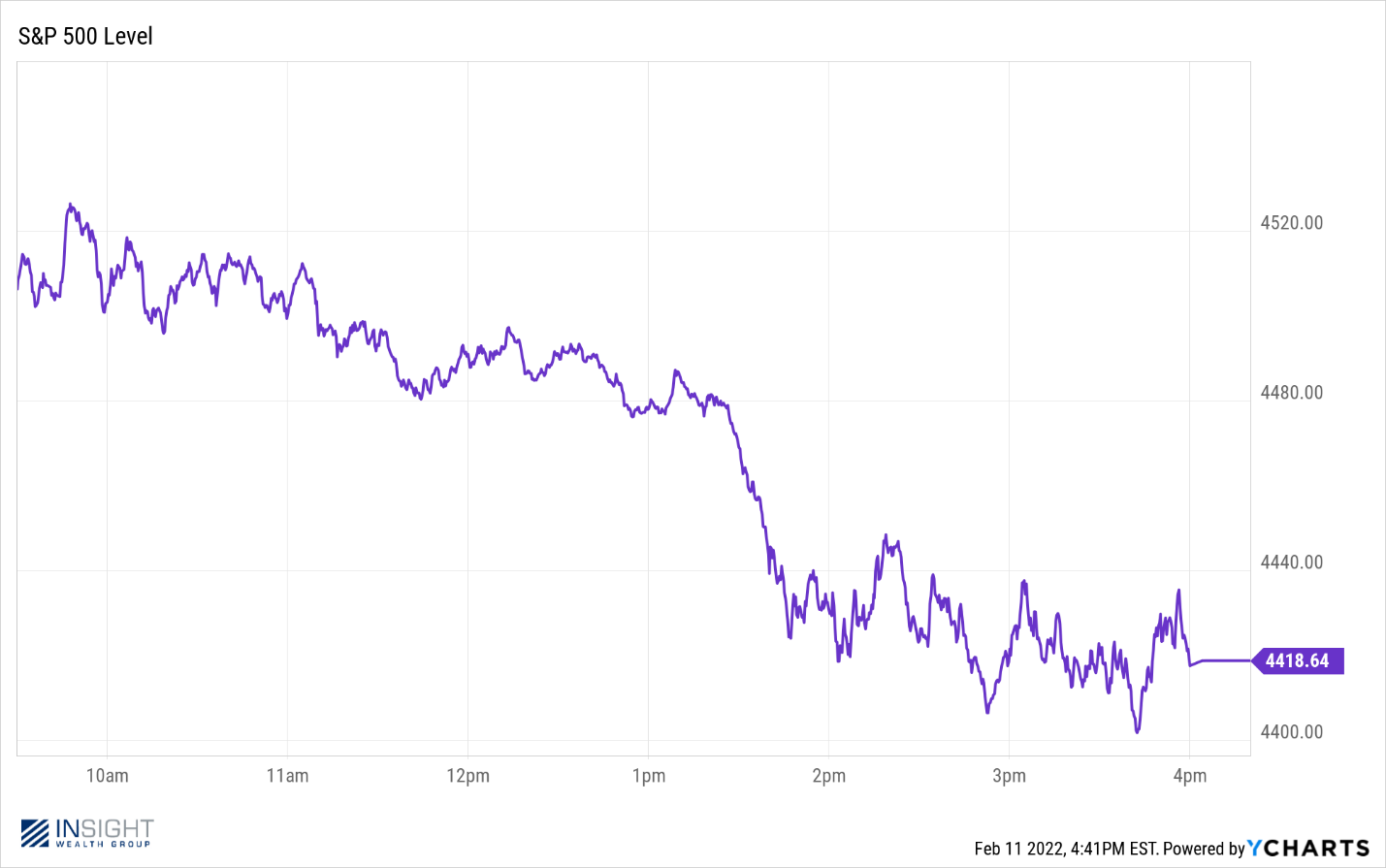 It is even more obvious when you look at the price of oil. 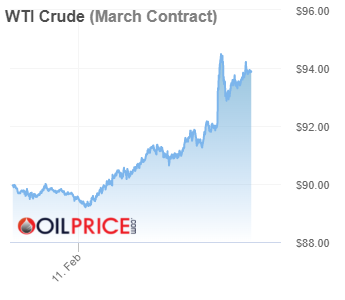 Was the news catastrophic? No. The market ended the day down 1.90% and oil ended the day up 4.39%. Neither of those numbers – in the grand scheme of things – are going to be noticed by the time we get to the end of this year. But it is a sign that the market is paying attention to this threat.

We certainly hold out hope that this situation can be resolved diplomatically, but that’s beyond our paygrade. One sliver of hope was mentioned in the CSIS briefing we mentioned to you a few weeks ago in these pages. The briefing noted that, for the Russian Army to take Kyiv, the closest approach would be to attack from the north (Belarus) where the border is just more than 50 miles away. 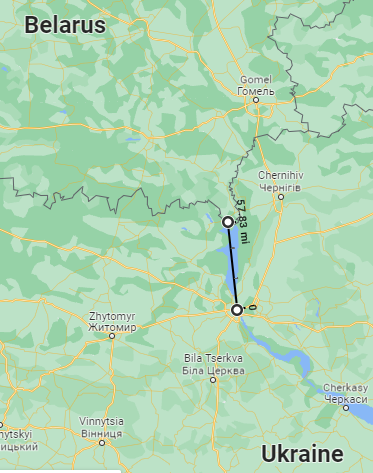 Tactically, however, that is exceedingly difficult terrain. The first problem? Chernobyl. The most direct route goes through the Chernobyl exclusion zone which still lights up a Geiger counter like a Christmas tree. Not exactly where you want to march your troops.

The second problem? The area is very swampy. In the winter, when the ground is frozen, it is a perfect area to run tanks and armored vehicles. But when things start to melt? Not ideal. Here is the weather forecast for Kyiv for the next 10 days. It has “stuck tank” written all over it. 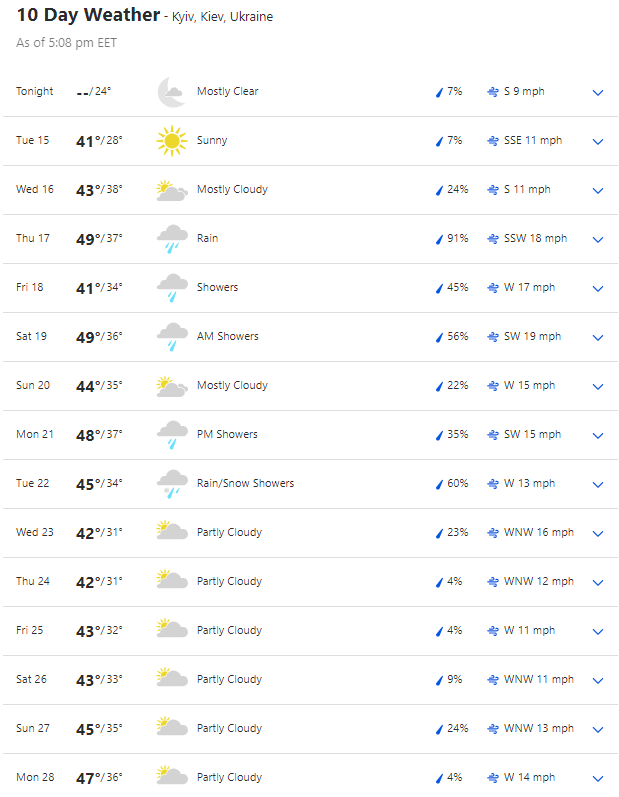 We have said it a lot in these past few weeks: there is only one person in the world who knows what is about to happen. And Vlad is keeping his cards close to his chest at this point. But this will be an important determinant for the market for the coming weeks and is something we will continue to follow closely.

Inflation and Rate Hikes, Oh My!

Are you as sick of hearing about inflation and rate hikes as we are of writing about them? We would guess so. But, yet again, they were top of mind for the market this week when the January inflation figures came out. Let’s be clear: the numbers were not pretty. Year-over-year inflation is now at the highest level we have seen since February 1982, exactly 40 years ago. 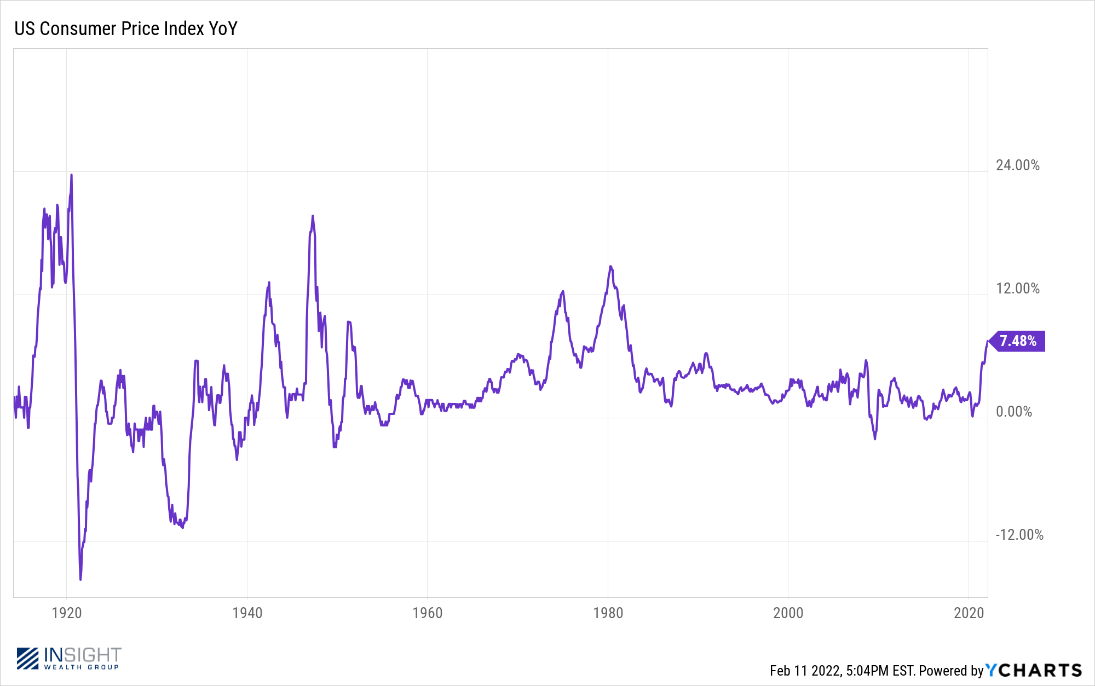 As soon as the new data came out, the talking heads got to work. BMO-Harris and Goldman Sachs announced they now anticipate seven rate hikes this year. The head of the St. Louis Fed suggested the FOMC should raise rates 50 basis points (instead of the normal 25 basis points) at their March meeting. Some analysts suggested the Fed should raise rates before their March meeting.

All of this is speculative at this point. But it does not change the fundamental analysis we have been talking about for some time. Here is what we said after the Fed’s January meeting:

At 1:00PM CST, the FOMC released their minutes from this week’s meeting. The minutes announced three main points:

Here is what Chairman Powell said about inflation after the January meeting:

Here is what the market has done since the January meeting: 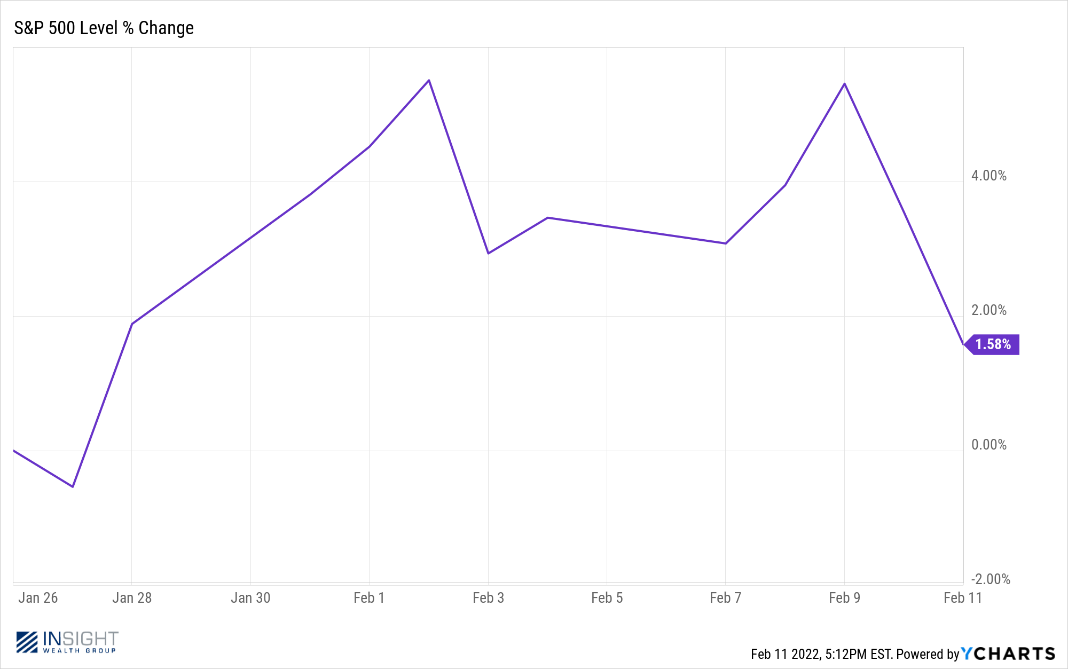 Yes, we have inflation (and more than most people prognosticated). Yes, the Fed is going to raise rates. But is this an impending disaster? Or is it a “normal” reaction to our current environment? We would argue the latter.

First, it is important to understand where the inflation is coming from. This chart from the Atlanta Fed (via Bloomberg) is telling: 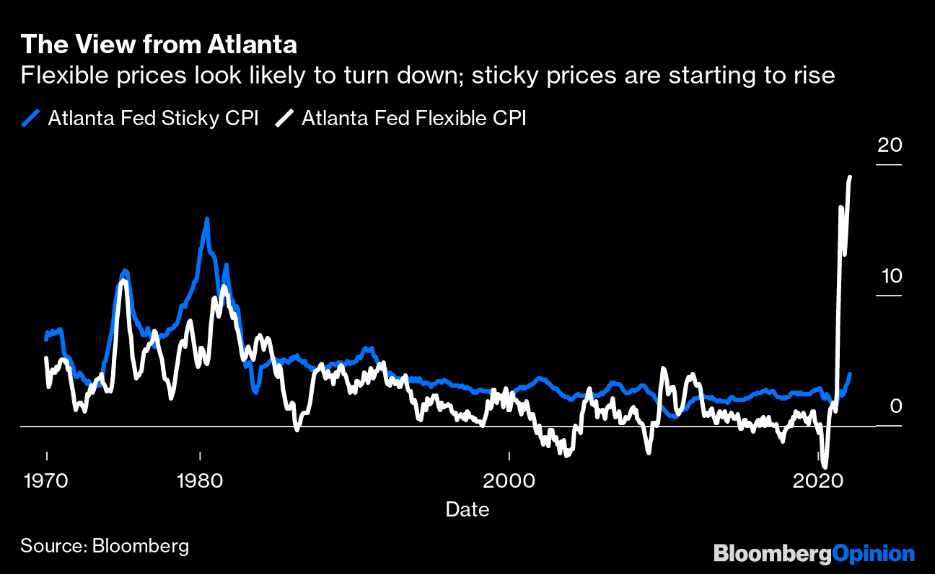 The obvious read from this chart is most of our current inflationary environment is coming from “flexible” or temporary drivers. We have shown you charts before outlining how most of it is coming from the auto industry. That will adjust itself as, as Chairman Powell commented, “there will be relief on the supply side.”

But there is a notable move up in “sticky” inflation as well. Those are things that, once they go up, don’t come back down. Wages are a notable example of this. Employers are finding it harder to find workers and are having to pay more. Once wages go up, they typically don’t retreat.

And, again, it is important to remember what inflation really is: too much money chasing too few goods. There is a ton of cash in the system today. We have shown you chart after chart about this, so we won’t bludgeon you with it again. But if there is one way for the consumer to weather inflation? It’s having the cash to spend when prices rise. And if there is one way to stem inflation? It’s that cash running out. As the horde of cash works its way through the system it should function as a natural brake on the inflationary pressures.

And when it comes to your portfolio, profitability still matters in an inflationary environment. As we have shown you in our discussions about earnings for the last few weeks, companies continue to outpace earnings expectations.

The drama will, no doubt, continue for the next several weeks and months. The market will be up, and it will be down. But if we keep a cool head, this too will be a manageable scenario.