The Weekly Insight: The Putin Papers 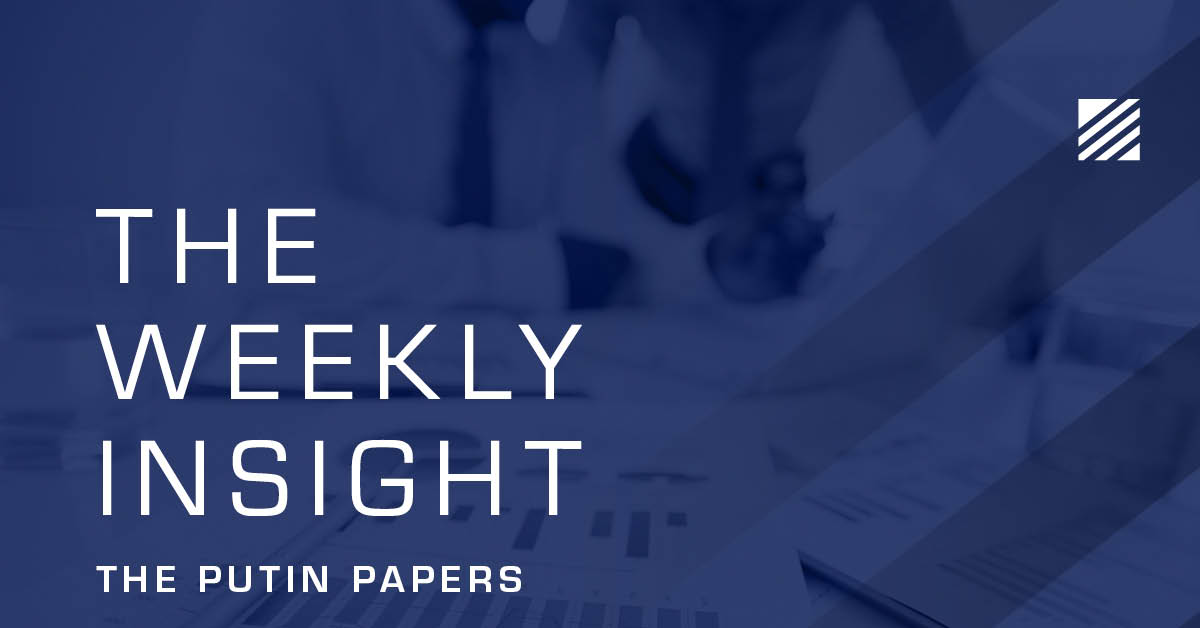 After all the drama in the last few weeks about Fed policy, we suggested last week that the “Fed Psychosis” should go away for a few weeks and the market would be allowed to focus on fundamentals like earnings as we moved forward. That is what happened, but it didn’t mean any less drama (thanks a lot, Meta Mark!). Despite the Meta breakdown, the market ended up for the week and earnings continue to look solid. We’ll take a quick dive into the numbers so you can see where we’re at.

We’re also going to take advantage in the pause of domestic drama to take a deeper dive into international affairs. The start of the Winter Olympics in Beijing (Go USA!) served as an interesting platform for two leaders with designs on more territory. Their actions in the coming weeks and months could have profound impacts on the world economy. It’s worth better understanding their intentions.

It’s not news to anyone at this point that the company formerly known as Facebook – now known as Meta – had a bad week. And anytime a company that makes (or made) up more than 2% of the S&P 500 index suffers, the whole market freaks out a bit.

The impetus of the meltdown was certainly their weak earnings report, caused largely by changes in Apple’s privacy policies that made it harder for Facebook to push advertising to their users. But, for a company with a (previously) more than $1 trillion valuation, the $10 billion cost in lost revenue isn’t enough to cause a nearly 20% crash in share price (nearly 30% YTD).

Instead, we would argue it is much more a symptom of the market realizing valuations are stretched on the FANMAG names that have been so popular of late. The earnings report was just the final shove that pushed investors off the ledge as they moved to move conservative portfolio positioning.

But while Meta’s nosedive was felt by the broader market in the short-term, the market held up nicely last week.  All major domestic indices ended the week up.

Why? Most will cite the jobs report as the main driver. And it certainly had an impact. In an environment where everyone thought Omicron was going to have a negative impact on the jobs market (us included), beating job creating estimates by more than 3X is a big deal.

But the most fundamental reason? Even with the Meta Madness, the Fed Psychosis, the Omicron surge, etc., etc. – earnings are still beating estimates. 76% of U.S. companies who have reported earnings – now over 50% of all S&P 500 companies have reported – have exceeded expectations which were already very strong.  In the end earnings still – and always will – matter.

We’ve made it to that time when – once every two years – it’s politically correct to be just a smidge jingoistic. Chants of “USA! USA!” will be heard in family living rooms for the next few weeks while our athletes represent us in the Winter Olympics.

It recalls a time – not that long ago – when the Olympics was a peaceful battlefield for the struggle between East and West (Communism and Democracy). And it also feels as though we’re close to living out that experience once again if you had a chance to listen to Vladimir Putin and Chairman Xi’s remarks before the games.

We talked in last week’s memo about the major economic impacts a Putin invasion of Ukraine would have. Food and fuel are undoubtedly where we would feel it the most. As we said, there is only one person who knows what is going to happen: Mr. Putin. As such, understanding his motivations – or at least his stated motivations – is important.

You all know the basic details by now. Russia, under Putin, has a history of small tactical operations to take back strategically important pieces of the former USSR. They did it in the Republic of Georgia in 2008 and still have troops in place in disputed territory. They did it in Ukraine in 2014 and have held the Crimean Peninsula since that time – with little repercussion.

The lack of Western response is important to this conversation. Let’s be clear: we are not advocating for rolling U.S. tanks into eastern Europe. But we all know how schoolground bullies work: they push and push until someone pushes back. Right now, Mr. Putin is seeing opportunity, not consequence.

Which leads us to the latest round of Russian aggression against Ukraine. First, to call it the “latest round” is a bit disingenuous. Putin has had “irregular” forces in eastern Ukraine since 2014. He has not stopped. But he has ramped up the pressure by putting over 100,000 troops on the border and surrounding Ukraine on three sides.

As we were researching this memo, we kept coming across references to the essay Mr. Putin wrote about the Ukraine. Yet no one quoted the memo, and we doubt few read it outside of the diplomatic and national security communities.  So, we went out and found it. It was published last July. You can read it HERE.

If you’re a student of history, this memo is fascinating and – a bit – scary. Putin is clear: “When I was asked about Russian-Ukrainian relations, I said that Russians and Ukrainians were one people – a single whole.” That’s the first sentence from a 16-page manifesto. He spends the next 16 pages providing the historical justification for why Ukraine is part of Russia, western influences have broken them apart to weaken the Russian people, and it is their destiny to be one nation yet again. It is eerily reminiscent of the German claims to the Rhineland and western Czechoslovakia in the 1930s. And just for a little extra drama, Putin also makes a case for eastern Poland and Lithuania being Russian as well.

At this point – either by hot war, irregular war, coupe, or some other means – Putin is likely going to have Ukraine. That is not the question. The question is what it costs him. Because China, and many other countries are watching. If Putin rolls his army into Kiev and there are no consequences? Taiwan better watch out because they might be next.

This is all to say we’re entering an interesting new phase of international affairs. From 1945 through 1989, we had a system that, while fraught with fear and danger, was also very stable: two opposing world powers keeping everyone else in line. Then, from 1990 through today we had another phase: a strong, democratic world power keeping everyone in line.

Now the bad guys of the world are looking at a politically weakened U.S.A. and saying, “I don’t think they have the means or will to stop us.” And someday soon, be it Putin, or Xi, or someone else, they’re going to give it a go. How we – and the democratic world – respond will have profound impacts on the world economy for a long time. And it is becoming a risk that we must weigh in portfolios as we move forward.

So, cheer on Team U.S.A. this week and next. But keep an eye on the eastern front.