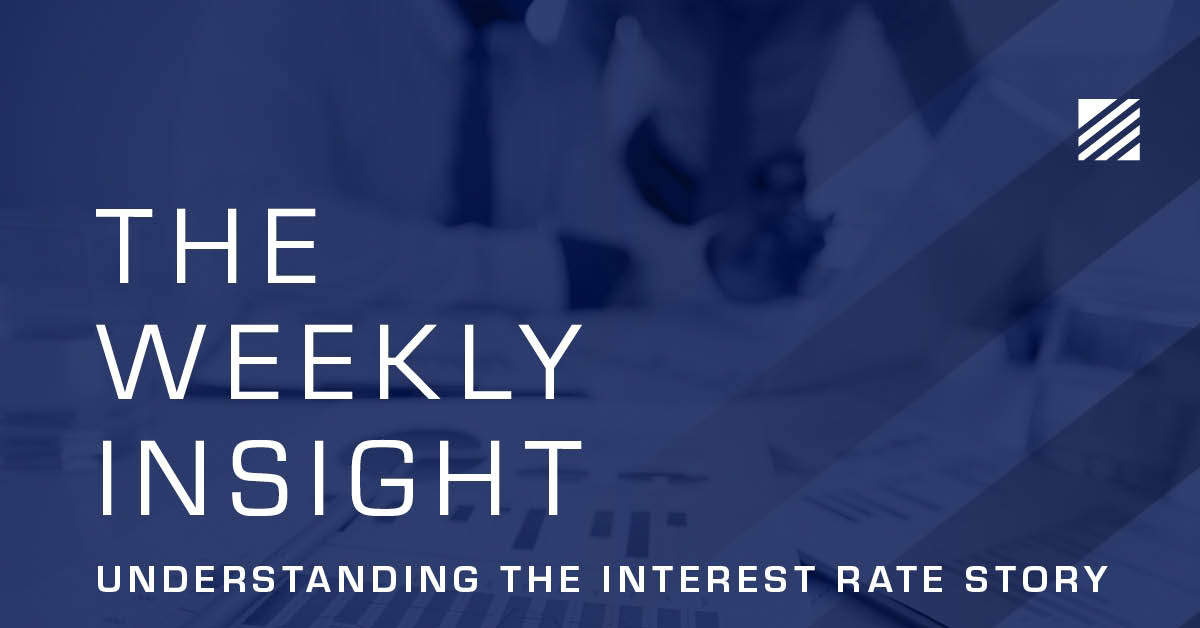 For the last few months, you have heard us talking at length about interest rates and, more importantly, why the Federal Reserve’s plan to keep rates low will have a positive impact on stock market performance.  While we have talked about – and around – this issue for some time, we thought we would take a week to dive into the details and help you better understand what we are looking for on interest rates and Fed policy and why this is such a critical issue for the markets this year.  This one might get a little “nerdy”, but it is foundational to the decisions we are making in portfolios right now.

There is some simple math to understand in the equation between interest rates (and bond yields) and equity market returns.  It goes like this:  lower rates (and bond yields) mean investors will look to risk assets (the stock market) to generate returns when they cannot get them in interest bearing investments.  Thus, as rates begin to rise, investors will be willing to step away from equities and generate return in their portfolio with fixed income assets.  But the big question is where is that threshold?  There is no established number.  This is one of those questions where the science and the art converge.

We know for now (we will discuss this more later) the Fed is going to keep short-term rates near zero.  But investors have had some concern regarding the spike in 10-year treasury yields we have seen since the summer of 2020. 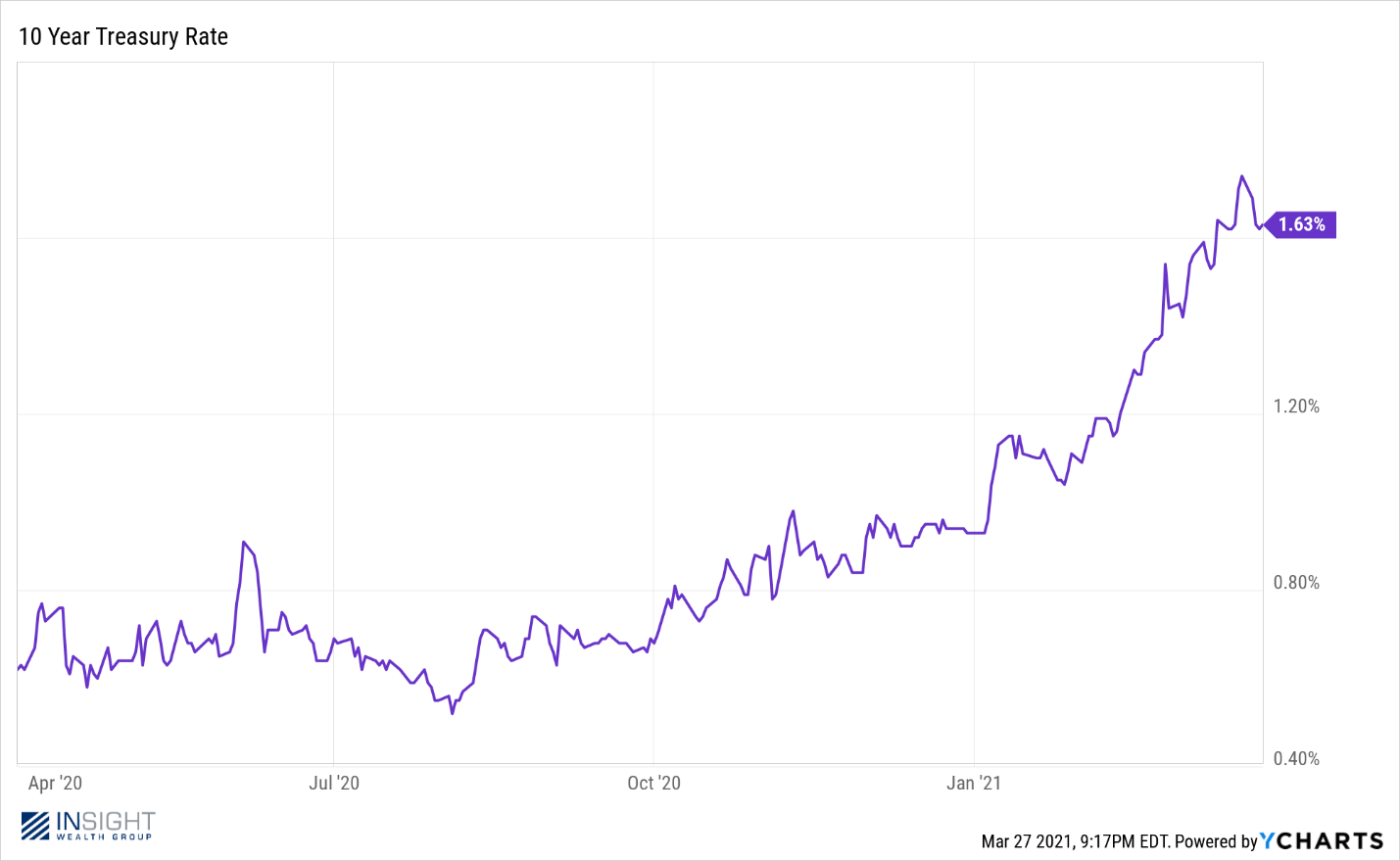 When you look at the data that way, it seems like a dramatic rise in yield.  But let’s zoom out on the data.  We have circled the period from the previous chart for perspective. 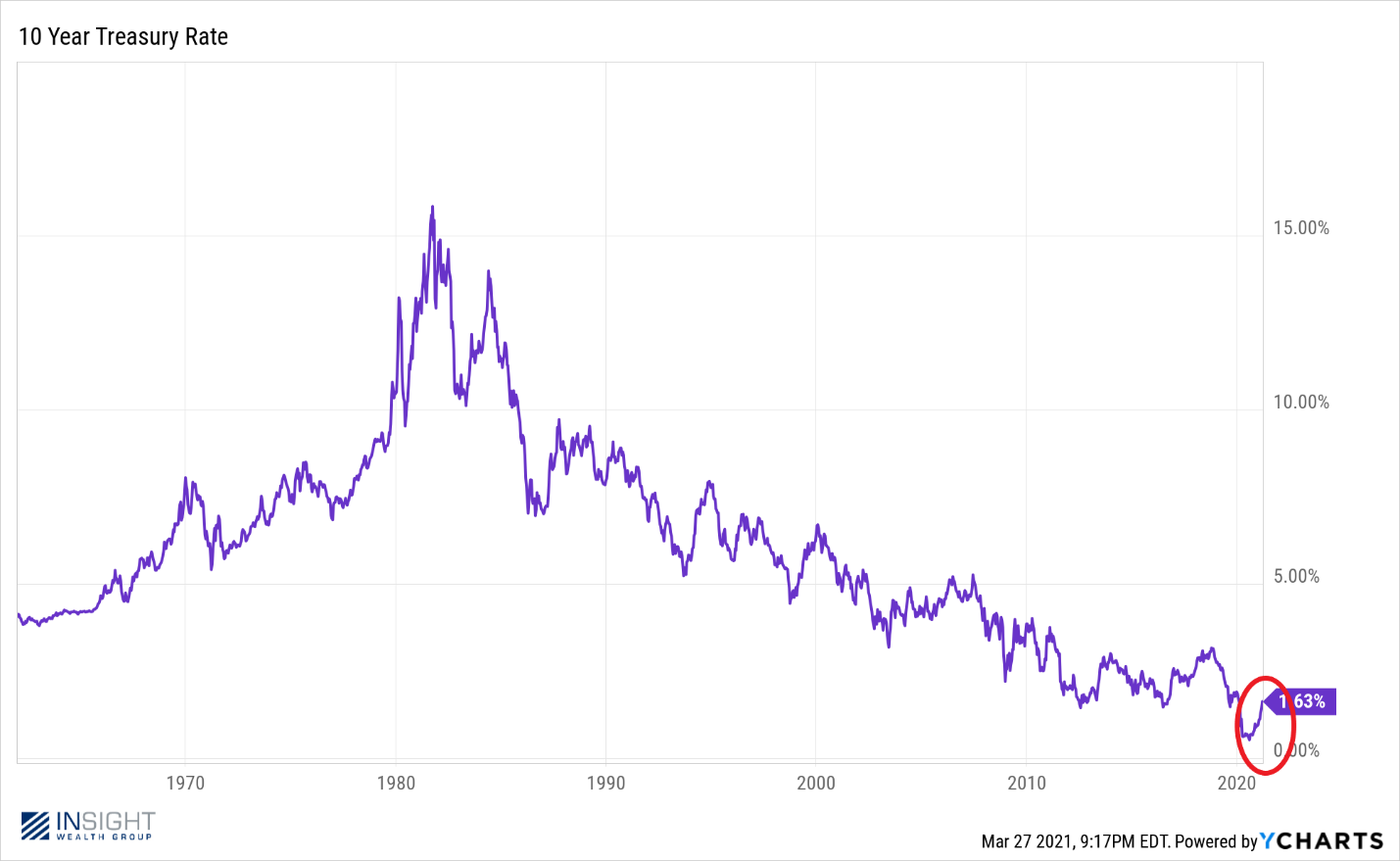 So, the reality is the current “highs” in the 10-year treasury are actually commensurate with the lows seen during most of the last decade.  And they are historically low going back to the 1960s.

While these rates can – and likely will – continue to rise, we are still a long way off from providing a return that would justify massive shifts of capital out of the equity markets.  With a forward price to earnings ratio of 22.62 for the S&P 500, the market is providing an “earnings yield” of 4.42%.  With the yield of the 10-year just 1.63%, it is providing a premium to our current level of inflation (1.45% in January) of just 0.18%.  That is not a very tempting offer.

The Fed’s target for some time has been an inflation rate of 2%.  They believe this to be a healthy level for the economy.  But getting an economy to stop on a dime at 2% is a tricky, and frankly impossible, task.

This time they are trying a new technique.  As stated by Chairman Powell in July – and many times since – they are intending to let the economy “run hot”, or exceed the 2% target, before they begin to raise rates.  Essentially, they are hoping to back into their target.  At this point their ability to do so successfully is purely speculation.

What we know is this:  the Fed stated on March 17th that they are expecting Core PCE (their measurement of inflation) to run at 2.2% in 2021 which is up from their previous estimate of 1.8%.  In 2022 and 2023 they are expecting to see inflation at 2.0% and 2.1% respectively.  They are stating here that they expect inflation to “stall out” right around 2% and thus do not intend to raise rates until sometime in 2023 or after.

We have told you before that the worst group at predicting what the Fed will do is…ironically…the Fed.  But until just recently, the Fed and market were in alignment on when rate hikes were expected:  the end of 2023.  In fact, the Fed’s members were almost unanimous in this opinion.  But we have started to see some divergence as the chart below shows.  The market is now beginning to expect rate increases in late 2022 and a small minority of the Board agrees.  More importantly, the market is expecting rapid rate increase through late 2022 into 2024 which will see the Fed Funds rate climb to 150bps.

In the end, all of this is speculative.  We have been honest in the past saying our “crystal ball” does not allow us to see into the future.  (Pretty sure we broke it in a rage last March…).  But every data point available to us right now says this:  the Fed will not be raising rates in 2021.  And that is going to be good for equity markets.

It is important to also understand that, when rates begin to rise substantively, it does not mean an immediate end to equity market returns. As the chart below shows, periods of rising Treasury yields have historically correlated with positive equity markets, especially when the Fed is keeping an “easy money” policy.

Our friends at Taiber Kosmala & Associates shared the chart below with us last week at our Investment Committee Meeting.  It is not the most scientific, but we think it provides a pretty good representation of where we find ourselves today. 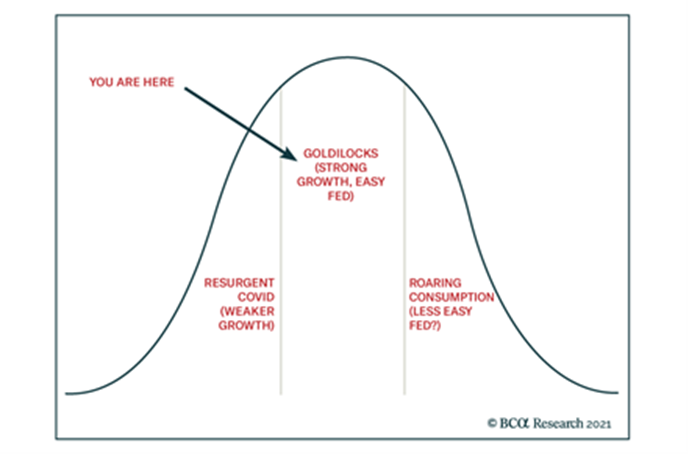 For this chart to work out in 2021, our three pillars of success we have talked about need to continue to thrive:  stimulus, (relatively) low interest rates, and a continued recovery from the virus.  If we are making progress on those three fronts, the outlook remains positive in our opinion.