The Weekly Insight: Shaking the Rust Off 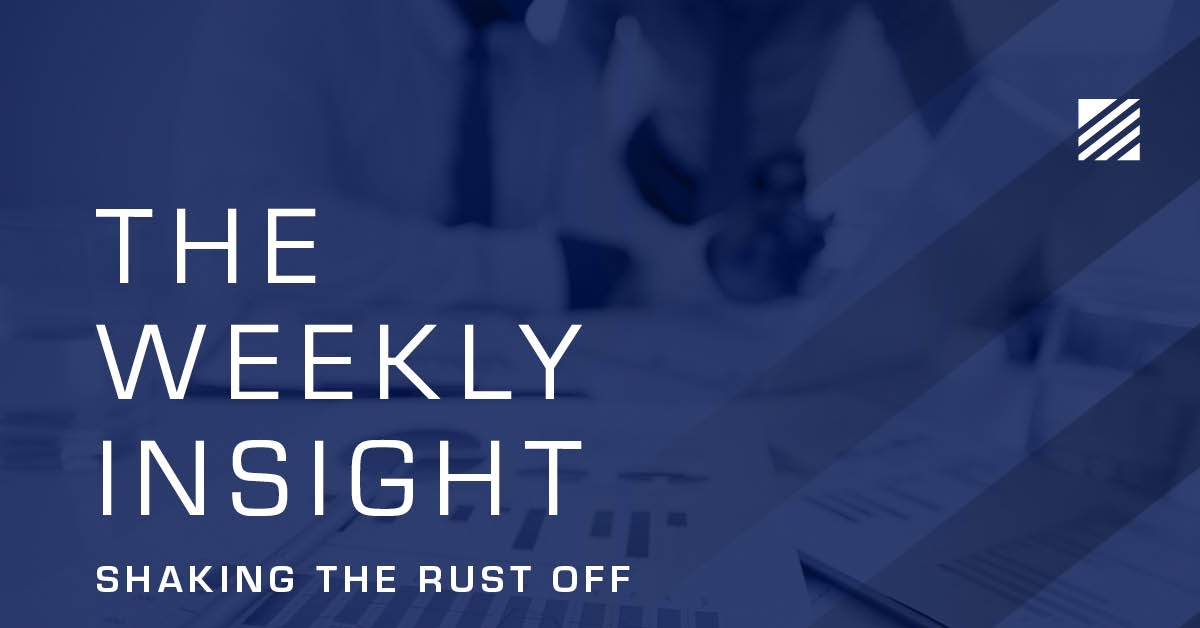 Last week was Spring Break week for most of the country. If there is anything symbolic of the reopening of the country, last week was it. One year ago, families were cancelling their trips, staying off planes, and preparing for schools and businesses which were shutting down. Now? Airlines announced their biggest week in the last year. Beaches and national parks were full. Freeways were busy.  Hotels finally had customers again.

The big question, as the consumer begins to shake off the rust and get back to spending, is how smoothly things will go. Will weeks like last week lead to a resurgence of infections? Or have we vaccinated enough people to power us through? Will the Fed and Congress make the right decisions to ease the economy back into gear? Or will they miss the mark and cause a stumble?  Is the market confident enough in expected earnings to continue to drive equities forward?

We have never been through this before – at least not as a modern economy. The manual is being written as we fly the plane. While we remain incredibly optimistic about the future, there are going to be stumbles along this path. Each week provides a new example of this in the markets. Some news adds optimism – and positive performance – while other news can be a drag. Let’s look at what moved the needle this week.

We have talked for a few months now about the three pillars for a good 2021:

We passed a big hurdle on beating the virus this week as it was announced we have crossed the threshold of 100,000,000 vaccine doses being administered across the country.  As you may recall, President Biden stated it was his goal to administer 100 million doses in his first 100 days.  This was a bit of an “under promise and over deliver” political statement as we were already on track to do so.  But to have done it in the first 60 days of his Administration is a positive step.

There was drama on the vaccine front this week in Europe as first Germany, and then several other countries, temporarily halted use of the AstraZeneca vaccine (which the company announced this morning is being submitted to the FDA for approval here).  The reason for the halt was seven cases of blood clots (three which were fatal) after having received the vaccine.  It should be noted this is seven cases out of 1.6 million doses – 0.000438% of all doses (fatalities in 0.000188% of doses).

That said, it could not have come at a worse time.  Europe is currently dealing with a “third wave” of the virus.  Paris, Hamburg, and all of Italy are again on lockdown.  And the virus rollout is not going well.  Only 5% of Europe’s population is vaccinated while 13% of the U.S. is fully vaccinated and 23% has received at least one shot.

There is skepticism in Europe about the vaccines much as there is here at home.  This type of rash action by European governments does not help the vaccine distribution efforts across the world and undoubtedly has an impact on the market.  Right now, 30% of the U.S. says it does not intend to get the vaccine.  This is down significantly from pre-election when the vaccine was a much more political issue.  In early November, the number was over 50%.  We will need to watch this issue closely as vaccinations progress.

In the meantime, the White House announced this week it intends to make the vaccine available to all citizens over age 16 no later than May 1st.  This again seems like a bit of “under promise, over deliver” as here in Iowa it was announced that all citizens over 16 would be eligible to receive the vaccine prior to the May 1st deadline.  The good news:  there are no states in the nation severely lagging.  Distribution seems to be uniform across the nation. 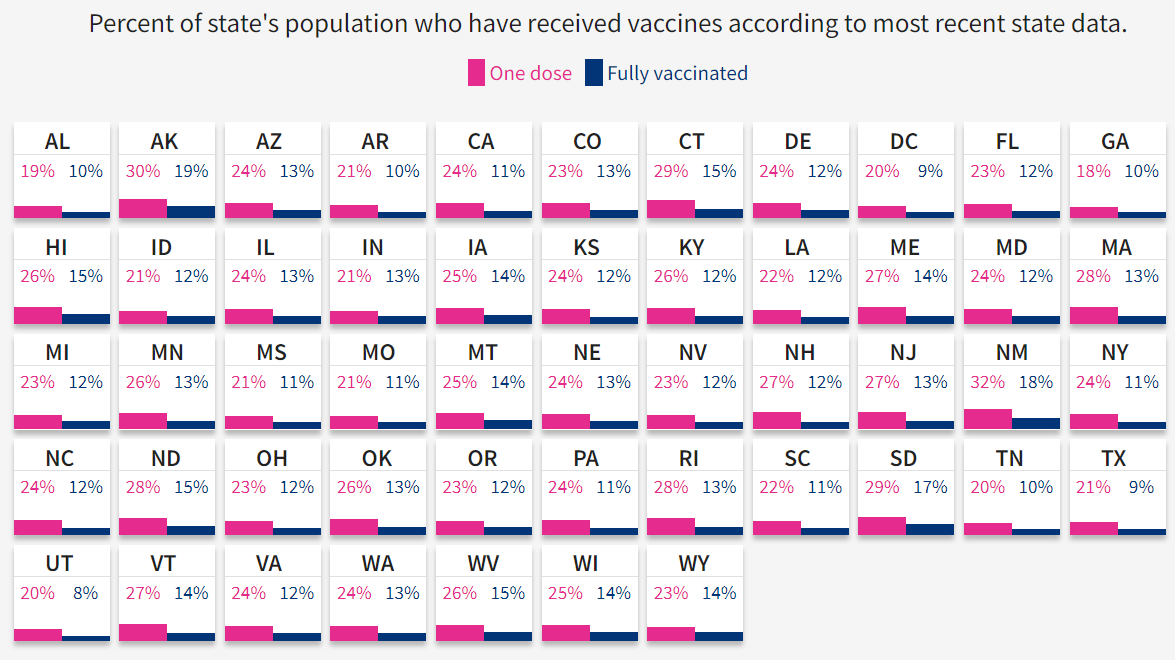 When you turn on the TV these days, you have options for just about everything.  Interested in cooking?  They have figured out how to provide 24/7 content on just this one topic.  Sports?  Obviously the same.  At this point we think it is time to start the FedWatch channel – because lord knows this is the one issue moving the market more than anything these days.  Pundits could talk for hours about it.

This week was another great example of how every word which comes from the Fed is parsed and examined for its impact on the broader markets.  The issue at hand: a COVID-era capital rule for banks.

Last year when pandemic panic was kicking off, the Fed relaxed the “supplementary leverage ratio” for banks.  The rule is expiring at the end of the month.  On Friday, the Fed announced it would not be extending the rule.  The markets did not like it – especially for bank stocks.  The S&P was largely flat for the day – buoyed by large tech stocks.  But the Dow was down 0.71% and the banks were off significantly more. 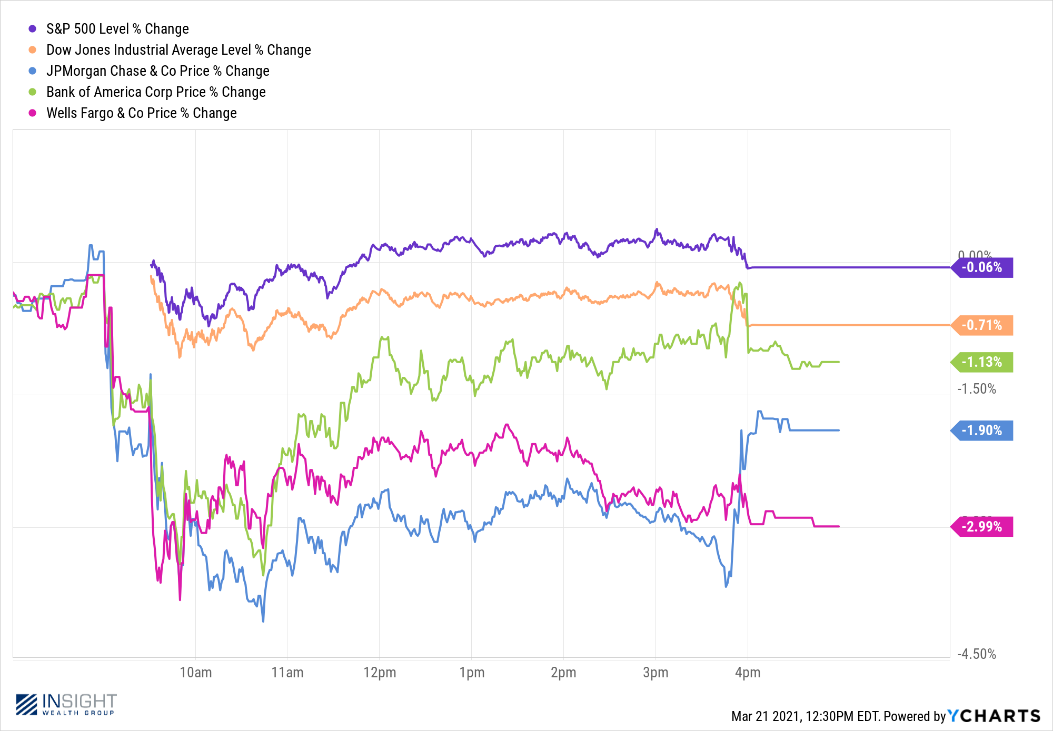 While this does leave the banks less flexibility – flexibility is not a huge issue right now.  The required Tier 1 leverage ratio for banks today is 5%.  While we saw some regression in these numbers across the nation because of COVID, nationwide the ratio never dipped below 8.76% and is currently on the rise. 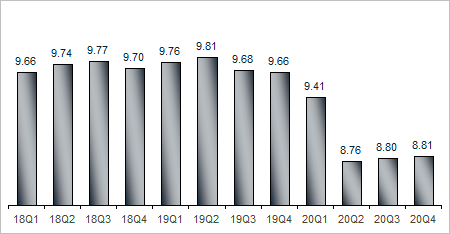 With the big banks – those which took the worst hit on Friday – the data is even better.  As of Q3, the fifteen largest banks in the U.S. had an average Tier 1 capital ratio of 13.03% – more than 1.5x in excess of the minimum. 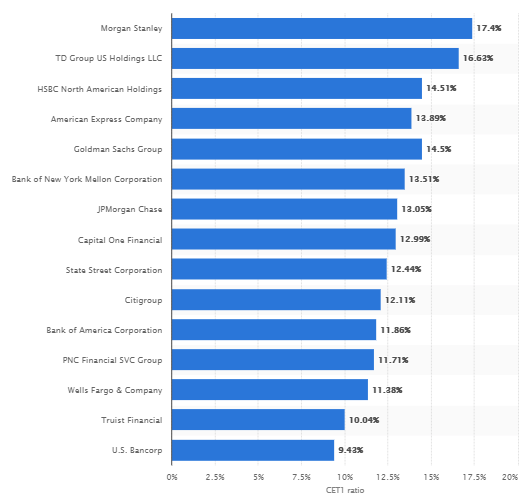 Simply put, leverage at banks is not an issue today.  But any indication the Fed may be tightening things up has an impact on the market.  This will be forgotten in a week and the big issue – raising rates – continues to be off the table for the time being.  But every time the Fed opens its figurative mouth, the market will move.

You likely heard this in the news last week, but we wanted to make sure everyone was aware.  The IRS – for the second year in a row – delayed the tax filing deadline.  It is now May 17th instead of April 15th.  While the tax issues surrounding the latest stimulus bill are the excuse, we suspect the real reason is the backlog in filings caused by the mess that was 2020.  At one point earlier this year, there were over 1,000,000 pieces of unopened mail sitting at the IRS.  They need some time to work through the issue.

While the delay does give everyone a bit of respite, we would encourage you (if you have not already) to book your appointment with your tax advisor ASAP.  There is always a rush at the finish, no matter when the finish is.  As always, our team of CPAs and accountants at InsightCPA are happy to help.

Until next week, we hope you enjoy this first week of Spring!