The Weekly Insight: Shifting to Neutral 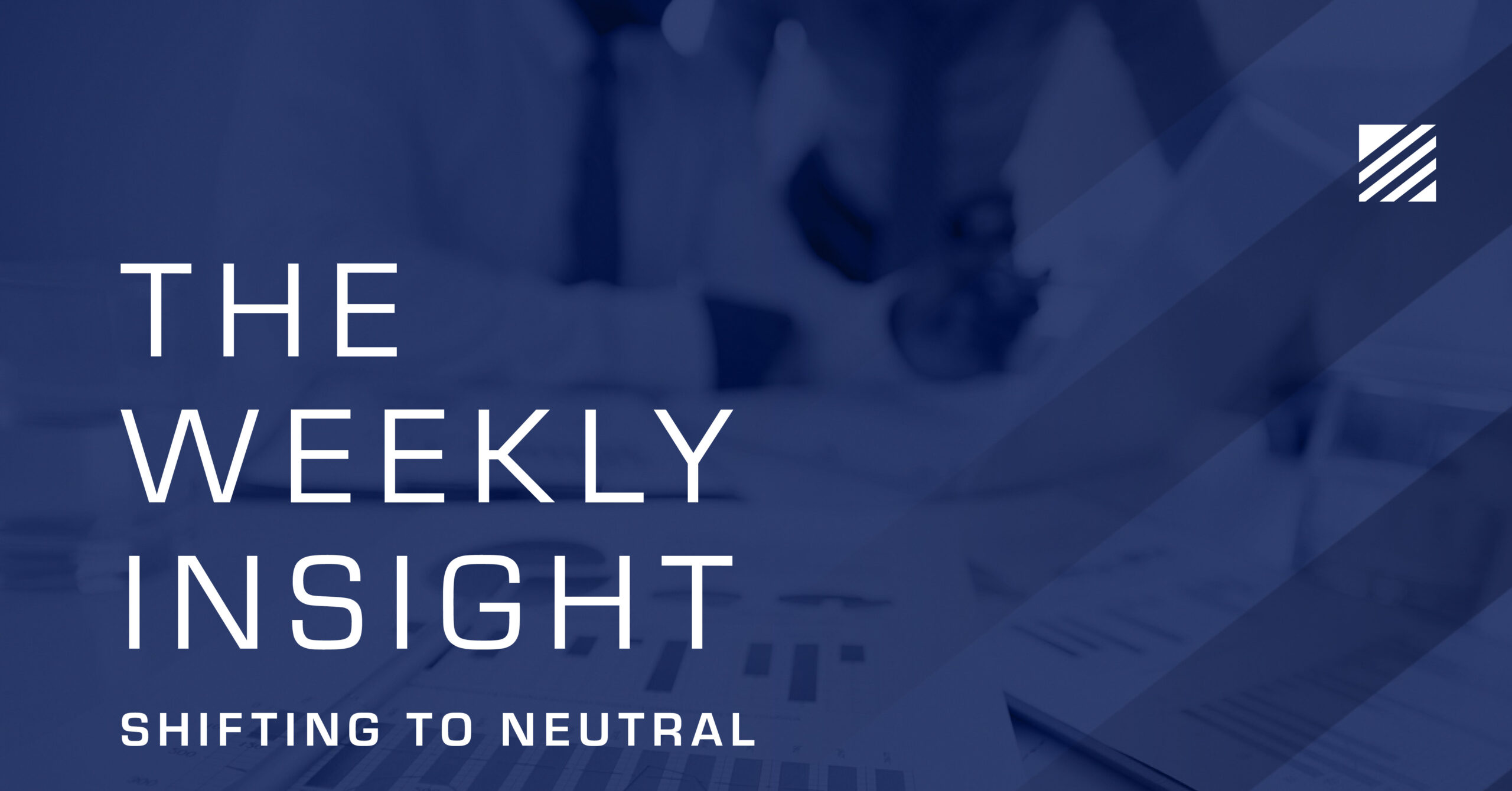 Fed meeting week. We’d be lying if we weren’t always a bit anxious ahead of a Jerome Powell press conference. We could have all the confidence in the world on what the Fed might do, but until they’ve done it, all bets are off.

Well now they’ve done it. And the interest rate increase was as expected and – at least according to the market’s initial reaction – positive. We’re going to spend this week’s memo breaking down what we learned and what it might mean for the coming months.

The headline in many papers was about the 75-basis point rate hike. It’s the first time the Fed has done such a drastic rate hike two months in a row since the days of Paul Volcker, which certainly makes it notable. But we’d draw you to the headline the Federal Reserve actually put out. By that we mean the first sentence of the press release announcing the rate hike. It was so out of place in the context of the rest of the first paragraph, it was clearly put there on purpose:

That’s a big deal. Why? Essentially what Powell & Crew are saying here is that, despite bad inflation reads over the last two months, tightening fiscal policy is starting to work. Powell went on to reiterate this point many times in his press conference. He noted that “demand is moderating,” “labor demand is slowing,” and that “progress (is being made) on demand and supply getting into alignment.”

That is, quite possibly, the best news we could have gotten given the fact that the Fed is about to go on a two-month hiatus until their next meeting (September 21st). If they had walked away from this meeting with a dire outlook, and given the market two months to fester on it, that wouldn’t have been good news.

Chairman Powell was cautious not to give an advanced read on what investors should expect in the September meeting. In fact, he specifically noted in his press conference that they were now moving away from providing forward guidance on rate increases (as they had done in the previous two meetings).

But while he didn’t give forward guidance, he did make a few comments that are notable. First, he noted that they have said in the past they would move quickly to get interest rates into “neutral territory.” In this meeting he noted that they have now, with a rate of 2.25% – 2.50%, achieved neutral status. Any further moves would be into a more restrictive territory and, it can be implied by his comments, would be less aggressive.

The big (very big) caveat to that is his insistence that the Fed “will be guided by the data” over the next two months. More bad inflation data may mean larger hikes. We’d bring you back to our chart from last week that shows the inflation read for July (which we’ll be receiving on August 10th), may not be pretty. But the expectation for August looks particularly 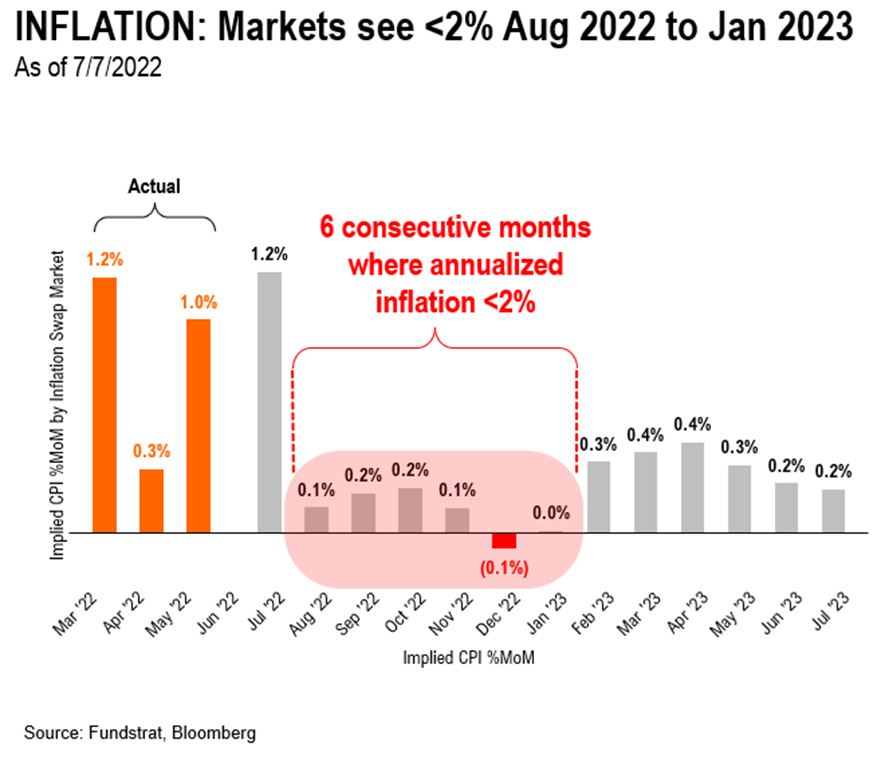 Recession on the Horizon?

There are “recessions.” And then there are “RECESSIONS.” The technical definition of a recession is two negative quarters of GDP growth. Chairman Powell was asked whether he believed the United States was in a recession and his resounding answer was “no.” To quote him:

“2.7 million people hired in the first half of the year; it doesn’t make sense that the economy would be in a recession.”

He also noted we currently have 11.4 million job openings. That kind of labor market strength is not indicative of a systematic economic slowdown. Purchasing may have waned (given inflation), but the strength of the overall economy is currently quite good.

It was what Powell didn’t say that was probably more interesting. He was asked multiple times in his press conference about whether the Fed would loosen monetary policy if the U.S. entered a recession. Not only would he not commit to that, but he also went one step further by noting that we may need to see some “slack” to get inflation back down to its target of 2%. Simply put, he’d like to slow the economy down a bit from here. Threading the needle between “creating slack” and “causing a recession” will be a tough one, but it’s clear the Fed believes the U.S. economy continues to have strength.

Guidance for the Future

As we noted above, Powell was clear that he wouldn’t give specific guidance about rate increases going forward. When pressed, he did say there would be the possibility for large increases (i.e., 75-basis points) in the future if demand didn’t continue to moderate.

But he did get close to guidance in one way: he indicated that the “dot plot” from the June meeting was still relevant to the Fed’s expectations today. If that’s true, that means the Fed intends to raise rates by the end of the year to a range of 3.00% – 3.50%. 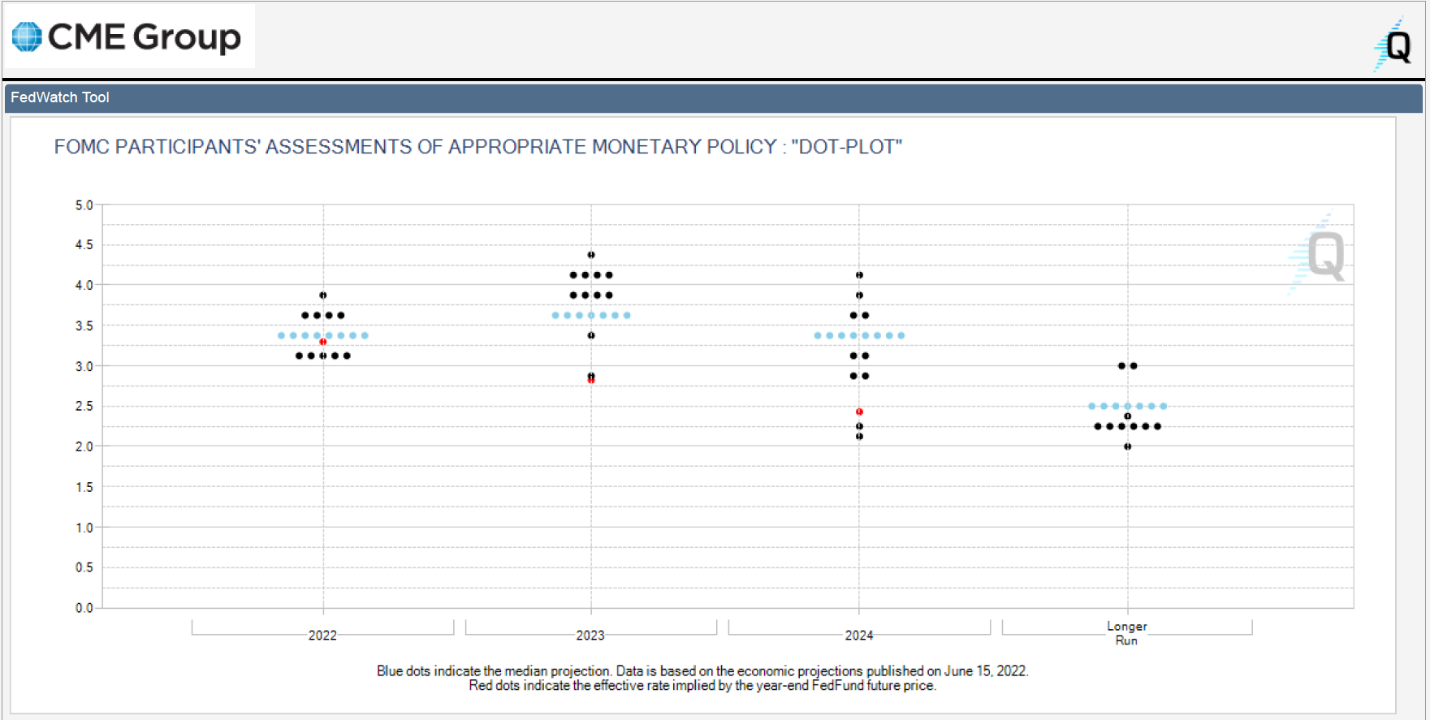 That would be an increase of 0.50% – 1.00% between now and the end of the year over the course of three FOMC meetings (September, November, and December). Given the most aggressive path, which would likely mean increase of 0.50%, 0.25%, and 0.25% in each of the next three meetings. For a Fed that has raised rates 2.25% over the last four meetings, that’s a moderate path.

As we noted, the market loved this news. All major indices were up strongly after the press conference and the 10-year Treasury yield was down. 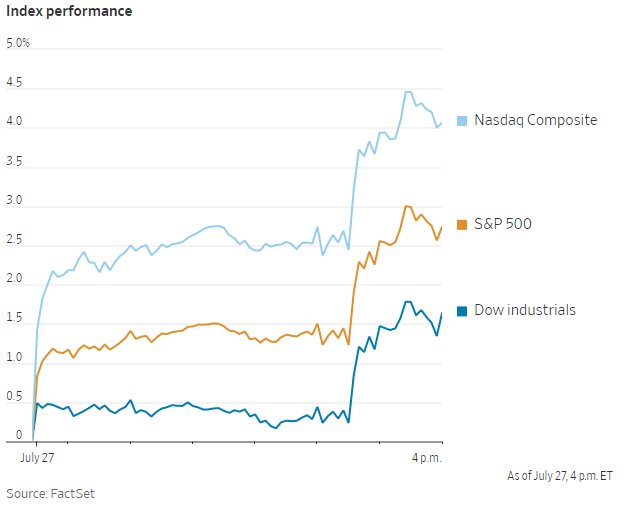 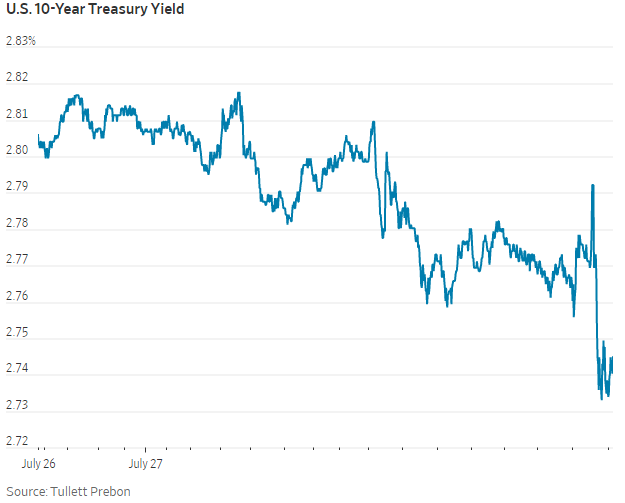 Overall, it was a good news report from the Fed. And now the market has two months to focus on the data – earnings and economic – instead of speculation on what the Fed will do. Any moderation of inflation will make for an increasingly bullish situation in equities as they try to claw back the losses since the start of the year.