The Weekly Insight: Opportunities in Housing 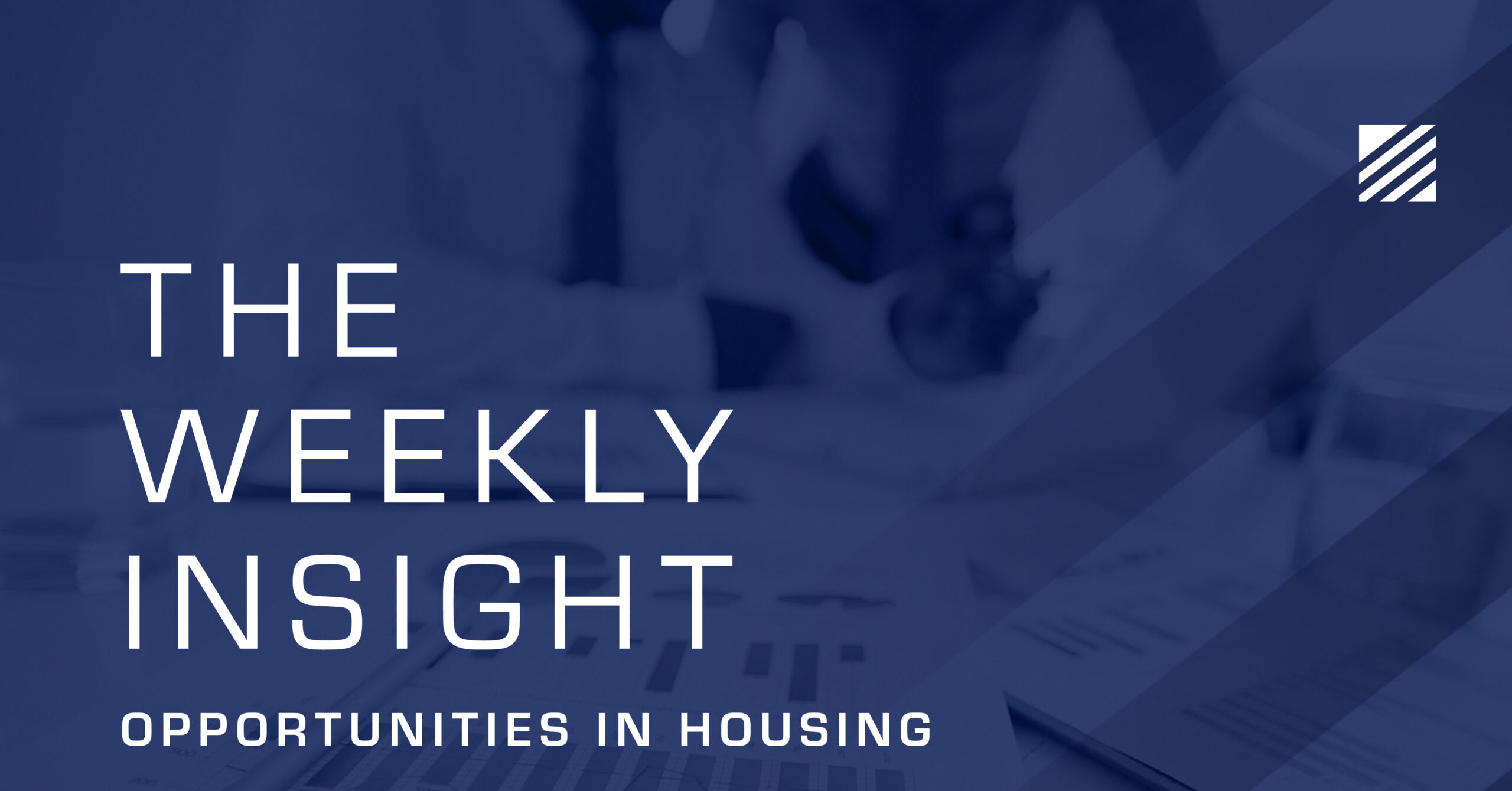 We hope this finds everyone well and rested after the Labor Day weekend. It’s hard to believe summer is over and it’s time to start thinking about things like “servicing the snowblower” (a helpful reminder to our readers in the North!). But football is on, the nights are a bit cooler, and our team even began planning our annual Chili Cookoff competition at the office!

While the seasons may be changing, not much changed in the market last week. The concern stemming from Chairman Powell’s Jackson Hole remarks continued to leave the market jittery – a place we would suggest it will stay throughout this week until we get the August inflation data next Monday. We should then have a much better understanding of what to expect out of the Fed later this month. Right now, the market is mixed on what to expect from the Fed. A week ago, there were 75% odds of a 75-basis point rate increase. Today that number is down to 60% with 40% believing we will see 50-basis points. Expect that prognostication to change drastically when we see the inflation data.

So, while there was not much updated news last week, we thought we would take the opportunity to dive into a new topic in this edition of the Weekly Insight: Housing – particularly why rental housing may be an excellent opportunity during surging inflation.

Most of our readers know we have kept a significant sleeve of multi-family housing in our client portfolios since the founding of the firm more than a decade ago. The basis for that decision goes all the way back to the “Great Financial Crisis” of 2008 – 2009. And that starting point is still impacting our decisions today.

Everyone knows the 2008 story by now. Banks were handing out loans on homes to anyone who could fog a mirror (with much encouragement from the government, we might add). People who never had an opportunity to own a home finally did. But so did a lot of folks who had no business owning a home – or at least not owning the homes they bought.

The house of cards inevitably came tumbling down and it put a screeching halt to home construction. 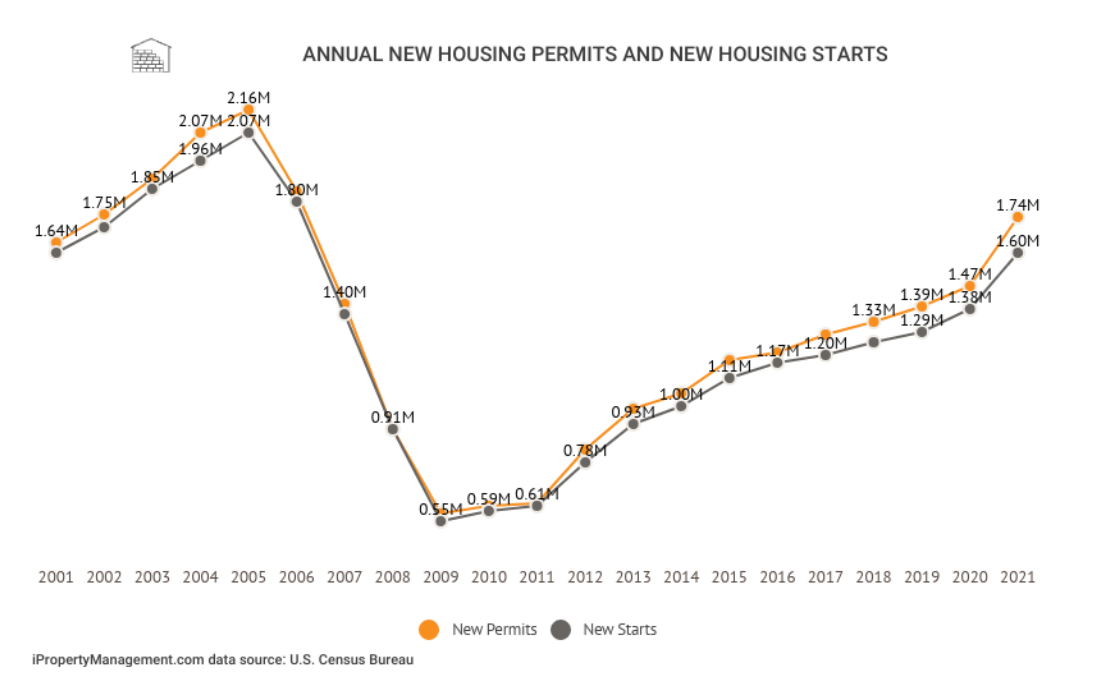 What that chart does not tell is what has happened to new housing in 2022. It should be no surprise that with rising costs (inflation) and rising interest rates (more on that later!), new housing starts have slowed this year. The July data showed a 10 percent month-over-month drop and an annualized expectation of 1.446 million new home starts. That’s down 9.625% from last year.

There is no doubt that the housing market needed to cool off in 2008. But it did not just cool off. It went ice cold. In fact, every year since 2008 we have constructed fewer new housing units than our economy needs based on household formations. Freddie Mac, one of the largest housing lenders in the world, estimates we have a shortage of 3.8 million housing units right now. And that number is growing every year as we build fewer homes than needed.

There is no doubt you saw the significant spike in new housing starts in 2021. That was driven by some simple economics: a whole lot of cash flooded the system and interest rates went to their lowest levels we have ever seen. Builders could not keep up with the demand (especially when supplies were hard to come by).

It was an exciting period to be a home buyer and, frankly, it made some (big emphasis on “some”!) sense to go chasing after that dream home when it was more affordable than it might ever be again. But that math changed very, very quickly.

The supply side issues from COVID drove up the price to build very quickly. While those prices have retreated, they are still unnaturally high. Look at lumber and wood prices as an example. While we see a retreat from the top, prices remain well above their pre-pandemic levels. 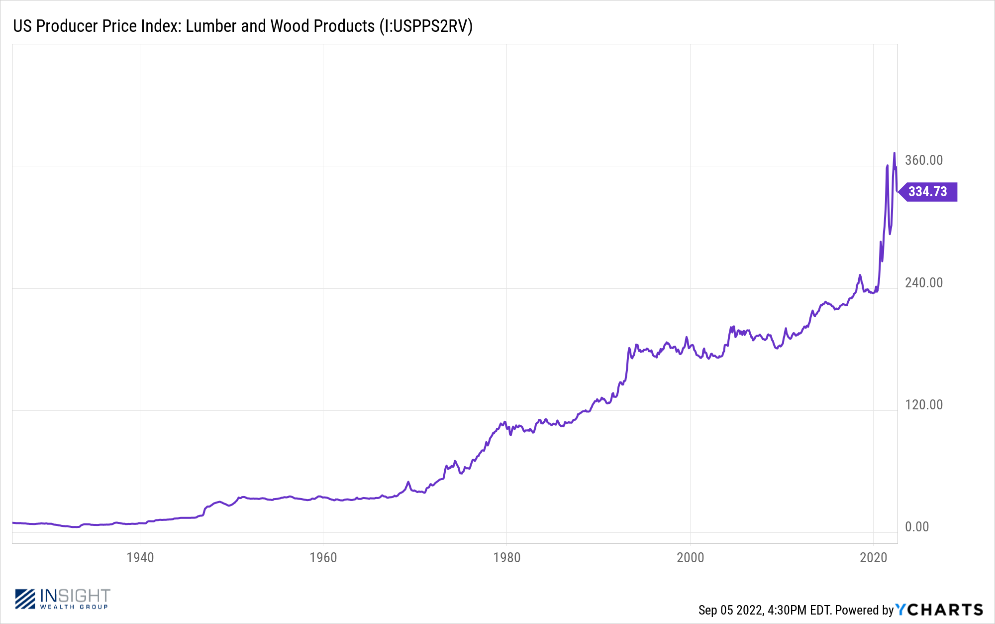 And then came the rise in interest rates. While it was undoubtedly the right response to rising inflation, the cost to borrow money to buy a home has skyrocketed. 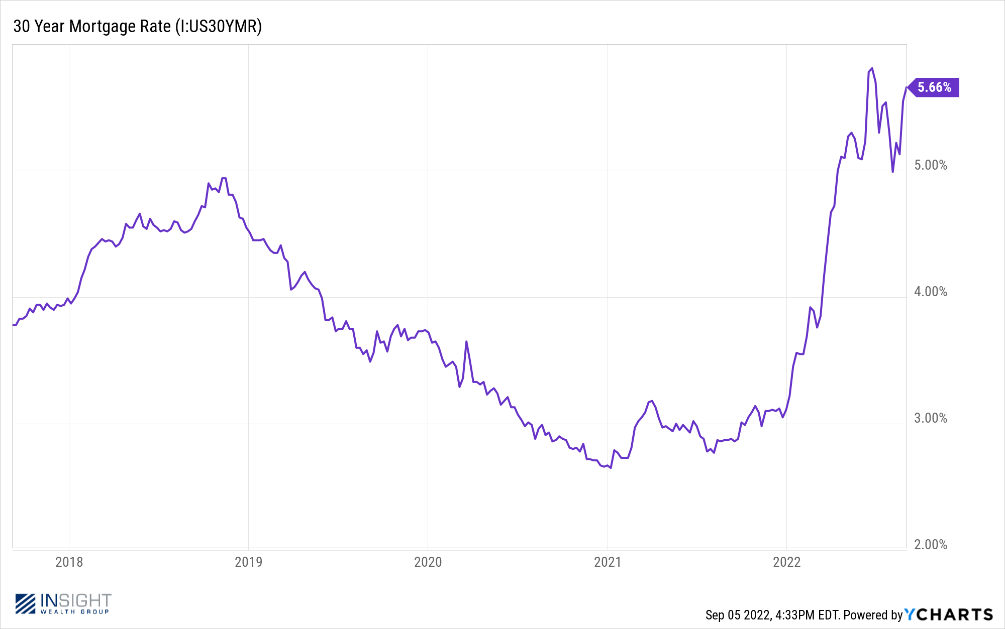 Relatively speaking, 5.66% is not historically high. If you take that chart back to 1981 you see mortgage rates above 18%! But when you combine it with the higher cost of homes, it becomes notable.

Amid all of this, you have undoubtedly heard of the rising cost to rent a home. Many of the articles paint a picture of greedy landlords taking advantage of their tenants. We are sure there are some examples of this, but market dynamics tend to even those problems out. 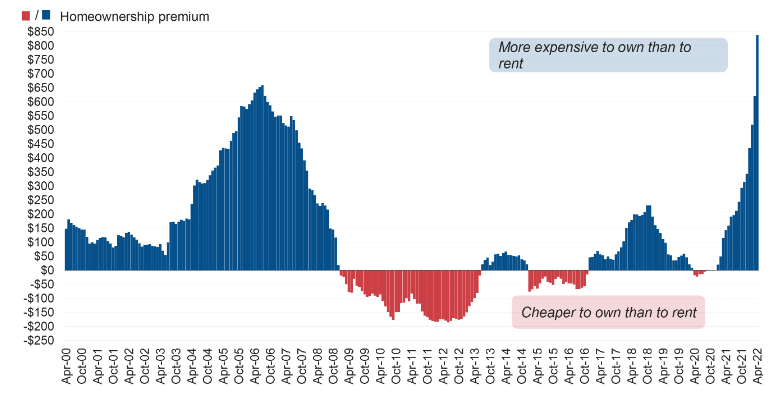 As the data above shows, owners of rental housing are not going to be lacking for customers anytime soon. Between the shortage of housing in this nation and the rising cost of owning a home, rentals will continue to be a hot commodity.

But before we invest in multi-family, we must understand where the value comes from. How do you buy an apartment building and turn a profit on it? While the process is much more complicated, we would argue there are two key components: driving rents higher or seeing cap rates fall.

Let’s start with cap (capitalization) rates. It is a concept discussed in real estate all the time, but it is simpler than most people make it out to be. Simply put, the cap rate is the return expectation a buyer is putting on the property at purchase. Let’s imagine buying a property that has $1,000,000 of net operating income (NOI). If the buyer wanted to get a 5% return on that property, they would run the following formula:

But let’s say they wanted a higher return and were gunning for 6% on their money. At the existing NOI, they would pay less, and our formula shows that:

So, the higher the cap rate, the lower the purchase price and vice versa. For the last decade we have made a lot of money through the lowering of cap rates as that was happening throughout the country. For example, if you could buy the property above at a cap rate of 5% and sell it a year later at a cap rate of 4%, you would make $5,000,000 without any additional investment in the property.

But that is not the only way to make money in multifamily. There is another variable in the formula we noted above: net operating income. That is a function of rents. If you can drive NOI by raising rents, you can also impact the math. Let’s use the same example from above but say that we grew NOI by 30% over five years (6% rent growth for five years). NOI would now be $1,300,000. Even if the cap rate stays flat at 5%, we still have the opportunity drive returns:

So, the easy cap rate money may have already been made, but an environment where customers abound, there is a shortage of our product (housing), and customers have more cash than ever? We still think it is an exciting time to invest in housing. But we must partner with people who know how to do the demanding work of driving net operating income.