The Weekly Insight: Now We Know 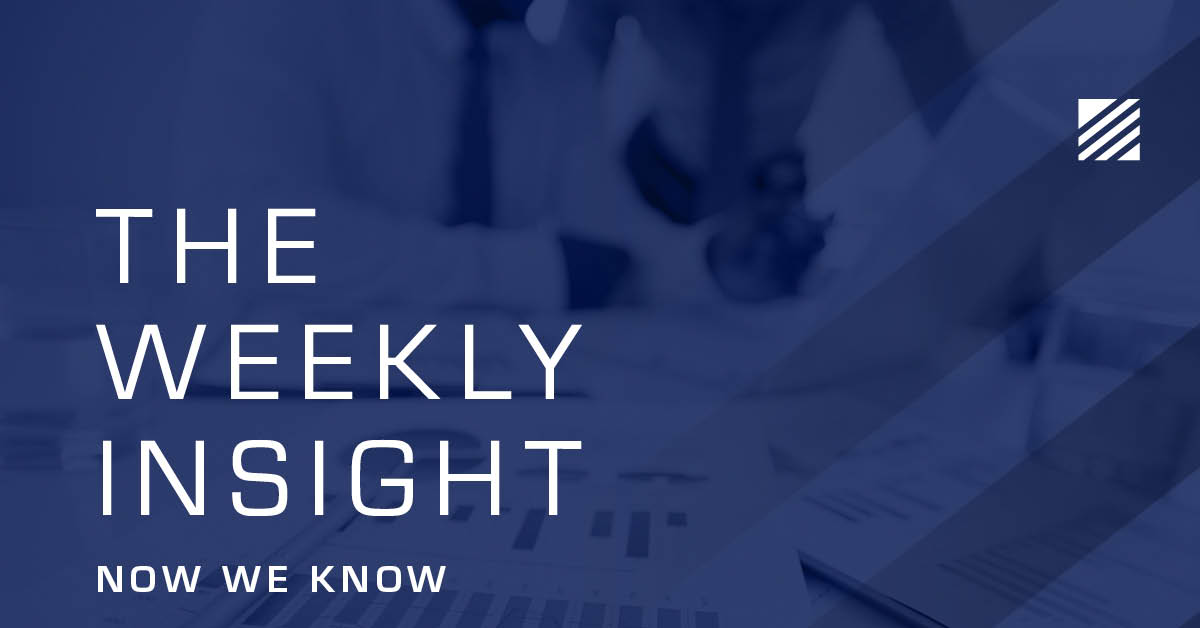 There’s been a consistent drumbeat in our memos this year. We’ve called it our “Three Pillars for 2021” and they haven’t changed:

We’ve done well on these three fronts – not withstanding rising Delta variant cases right now (more on that in a moment).

But while these have been our three key items from the beginning of the year, we added a fourth in our June 1st memo to clients: tax policy. At the time, President Biden had just submitted his budget to Congress, and there were many unknowns. As we said at the time:

“…while there is plenty to speculate about, there is very little hard data until we start seeing legislation proposed in Congress.”

As of last week, we now have legislation proposed. And it’s safe to say we now know what the worst-case scenario is. Let’s take a look.

Full disclosure before we get into this: none of this is law yet.  What we’re about to describe is the plan that passed the House of Representatives last week.  The Senate has yet to have their voice heard on this and should be a moderating force.  Specifically, Senators Manchin and Sinema – who we’ve referenced many times before – have said they won’t support this plan.  The Democrats need all 50 senators from their side of the aisle to pass this legislation.

We started receiving several calls from clients saying “how do we prepare for this to become law” last week.  That’s a little hard since we don’t know if it will become law.  But it helps to understand what the worst possible scenario is.  And this is it.

The bill would raise the corporate tax rate from 21% to 28%.  This is still below the 34% which was the rate prior to President Trump’s tax bill, but it is a significant jump.  Most importantly, many smaller businesses made changes in their corporate structure (becoming C-Corps) to take advantage of this change.  This will significantly handicap them going forward.

As you know, while corporations “pay taxes”, these increased costs are typically passed to the consumer in the form of cost increases.  That will be something to watch in this time of inflation worry.

It is notable to point out this will affect many small business owners as their businesses are designed as “pass through” entities.

Yet – while this sounds scary – the number of our clients whom this will impact is relatively small.  According to the bill, this rate will only apply to those making more than $1,000,000 per year.  So – if you think that will be you in the next few years – this is one we should talk about.

4. Eliminating the “Step-Up in Basis”

This is the one that may be the most concerning to us as it has a HUGE impact on estate planning.  As you may be aware, when you pass away your assets pass to your heirs with a “Step-Up in Basis”.  That means their cost basis for owning the asset resets on the day you die.  Let’s use a simple example:

In this scenario – with the current law in place – the heirs could sell the land immediately, netting $1,500,000, and pay ZERO taxes.

This is a sneaky way of implementing a much more restrictive “death tax” without having to call it one.  And it could have massive implications on our clients’ estate planning needs.  If this passes, expect it to be a big, big part of what we work on with you over the next few years.

Again, we’ll know more as this legislation gets down the road.  But it’s safe to say status quo won’t be the path forward.  If we’re being honest, we’re glad Congress is at least admitting they need to raise capital to pay for all their deficit spending.  But it’s going to give us plenty of work over the next few months and years to figure out how to navigate it.

As we noted at the outset of this memo, COVID (specifically the Delta Variant) continues to be a priority watchlist item for pretty much everyone.  If there is one thing watching this issue for the last 18 months has taught us, however, it’s that we’re not medical experts or scientists!  We’re doing the best we can with the data we have, as we’re sure are you.

But occasionally, we get a new tidbit of information passed along that we’re not seeing in the mainstream media and seems worthwhile to pass along.

This data set specifically refers to what we’ve heard called the Ro or Rt of COVID.  What this really means is the “reproductive rate”.  Simply put, for every patient infected with COVID, how many more people are they infecting?  If the number is greater than 1 – that means the reach of the virus is expanding.  If it’s less than one, case numbers should begin falling.

As you can see from the chart below, the number of states that had a reproductive rate greater than 1 in late July was…ALL of them.

This chart is a little old, however.  It’s showing by the early part of August that 32 states had a reproductive rate greater than 1.  As of yesterday, EpiForecasts.com was showing 29 states having a “likely increasing” reproductive rate.  16 were “stable” – meaning a reproductive rate of essentially 1.  Six were decreasing, including states like Missouri and Texas which have been some of the hardest hit by the Delta wave.

This means we’ll should see case counts moderating.  Time will tell.  This also comes as kids go back to school.  And those of us with young ones know they’re little incubators.  Hopefully that doesn’t mean another spike.

First and foremost – our thoughts go to those in Louisiana and Mississippi this week.  Ida hit the Gulf Coast with a vengeance on Sunday and it is going to be some time before we know exactly how bad the damage is.

It is notable, however, for portfolios that not all the damage is happening on the coastlines.  There are also significant issues offshore.  CNBC reported over the weekend that 91% of Gulf oil production was taken offline ahead of the storm.  Nearly 85% of gas production was also shut down.  That takes over 11% of our production off the table as we see demand rising.

That’s all for this week.  We hope you enjoy the last (unofficial) week of Summer leading into the Labor Day weekend.  Be safe!