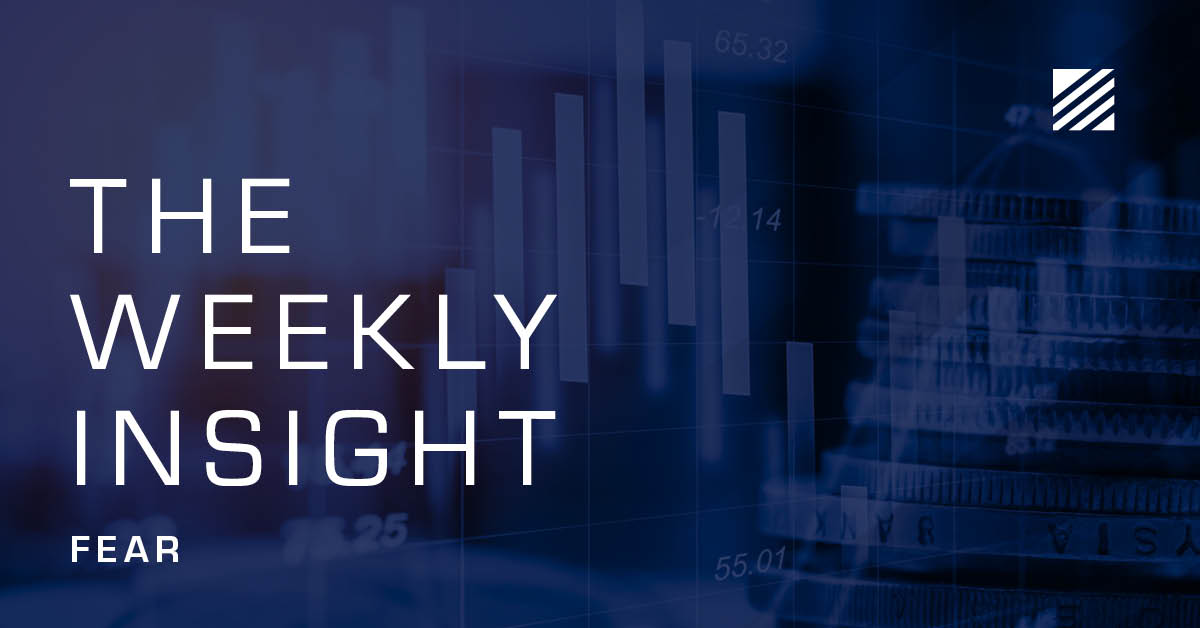 We’re going to do a quick flashback this week. The date was January 20, 2016. Barak Obama was still President. COVID was still four years from being a thing. The economy was still plugging along creating slow but steady growth. But you wouldn’t know it if you turned on the TV.

The market was in the midst of what would be a nearly 14% correction in the S&P and more than 18% in the Nasdaq. Fears of slowing economic growth in China, a glut of energy, and soon to be rising interest rates had the markets (and investors) in a tizzy. 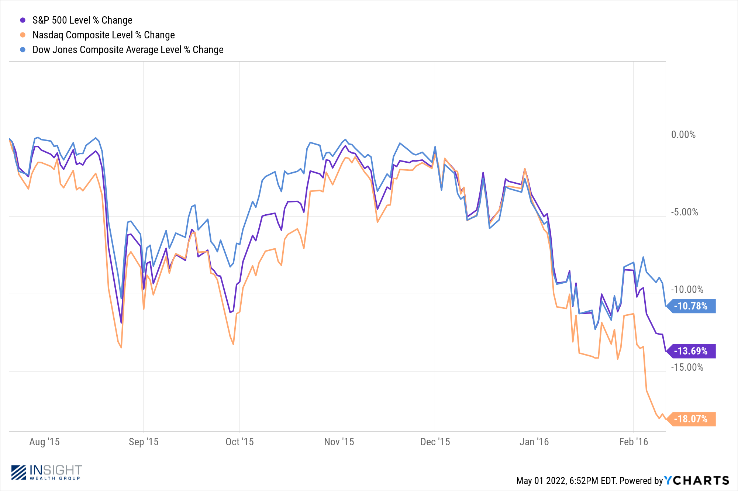 That evening we hosted an investor forum at our offices. People were…unsettled…to say the least. But we would bet that if you asked investors today about the “Great Correction of 2015/2016” no one would have any idea what we were talking about. In fact, this is what that correction looks like when charted over the past decade. 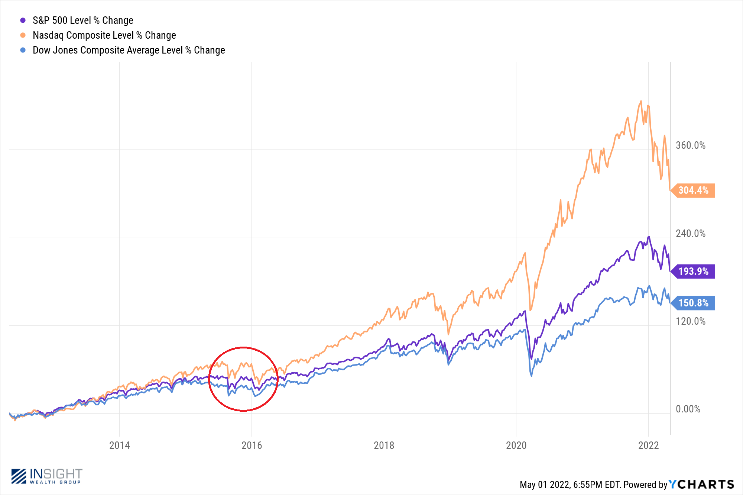 It was as hiccup at best. We don’t say this because we are dismissive of what is going on in the market today. We’re not. At all. Which is why we’ve been writing about its causes and what we’re doing about it every week this year. We mention this because that evening was the first night we discussed the biological reasons that fear has such a pull on investors.

You’ve heard us harp in these pages repeatedly about the “fear and greed cycle” and why we must force ourselves to question the impulses we have to “RUN!” when things get scary. It’s been nearly six years since we’ve talked about why that exists in humans. So, as we wait for the Fed meeting (which is what drove all the fear last week!) on Wednesday, we thought it would be a suitable time to refresh on fear and greed.

Let’s keep this flashback theme going. Instead of going back to 2016, we’d like you to go back to the dawn of human existence. While we may be scared about the stock market or a war 5,000 miles away, early man was just…scared. All the time. Everything was trying to kill him. Nature, his fellow man, even his food. Fear was necessary.

As such, a piece of our brain – the amygdala – made sure that ancient man stayed on edge. If a branch snapped in the woods behind him while he was out on a stroll? His instinct better be to turn around, otherwise the animal behind him (real or imagined) might eat him! In fact, there is a great children’s movie – The Croods – that addresses this. The Croods family motto? Never NOT be afraid!

The point of the movie – as demonstrated by Eep, the family daughter – was that you can’t possibly live in constant fear. Technology was making their lives safer and safer (they found fire!) and they didn’t need to cower anymore.

But here’s the thing: after finding fire, and building cities, and creating homes, nations, and economies that flourish, we still have an amygdala! Fear still dominates our thinking. And it is biological.

Have you ever wondered why there are so many negative news stories on TV? It’s simple biology. TV news programs get paid if they’re able to keep you watching through the commercial break. What keeps us glued to the TV? It’s not a story about a cat rescued from a tree, or about how much the livelihoods of Americans have improved over the last 50 years! But a story about an axe murderer? Folks are going to stick around through the break. That’s why we have – on average – 17 negative news stories for every one positive news story.

Fear is our natural evolutionary state. And its cousin greed? That shows up when we’re feeling just a bit too safe. That combination, in an investment portfolio, is a disaster.

That brings us back to the Warren Buffett line we’ve quoted a thousand times if we’ve said it once: be fearful when others are greedy and greedy when others are fearful. We’ll add one more line from the Berkshire Hathaway CEO from this weekend’s confab in Omaha. Mr. Buffett said the success of Berkshire wasn’t because he was particularly smart. Instead, “it’s because we’re sane.”

So, what has Mr. Buffett done during this correction? He announced on Saturday that Berkshire had spent $51 billion of its cash in the last two months. He’s being greedy while everyone else is fearful. We don’t have a crystal ball, but we like that approach.