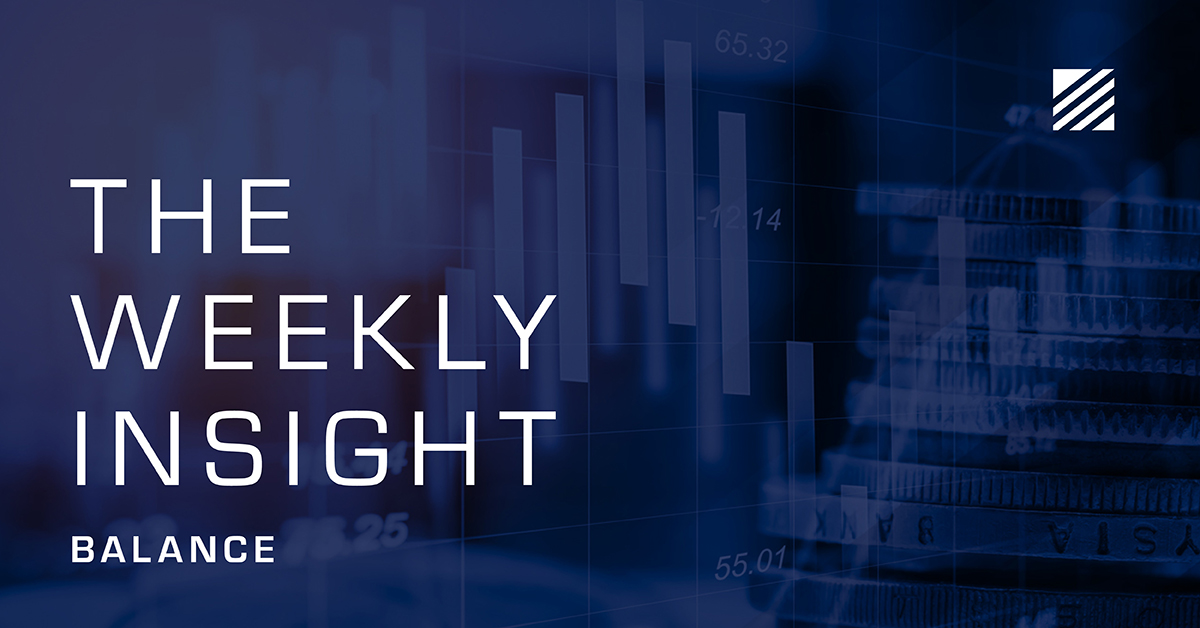 We hope this week’s memo finds you looking back on a weekend of family, friends, and celebrating our Nation’s independence.  As we dive headlong back into the fray of “Coronaggedon” market madness, it’s important to remember why it is you invest money in the first place – and why we work hard to manage it:  living the American Dream whereby the next generation, be that your children or grandchildren, can live a better life than we all have.

As Harvard professor and author of “Enlightenment Now” Steven Pinker points out: “You can always fool yourself into seeing a decline if you compare bleeding headlines of the present with rose-tinted images of the past.”  He shows many examples of this in a TED Talk he gave in 2017, but one of our favorites is this:  In 1987 the U.S. had 8.5 homicides for every 100,000 Americans, 35 million tons of particulate matter (hazardous air pollution) and a poverty rate of 12%.  30 years later, those numbers are 5.3 homicides (a 38% reduction), 21 million tons of particulate matter (a 40% reduction) and a 7% poverty rate (a 42% reduction).  So as we fret about COVID, the economy, and the markets (we’ll do a bit of each in this memo!), its important to remember that curve of history is toward progress no matter how dire the short-term news may be!

So, today’s message is about balance.  As we go through this time, we must remember to balance the good against the bad – both in our worldview and in our portfolios.  This week we have some of both.  The bad:  a rise in COVID-19 cases across the country.  The good:  very positive June economic numbers.  Let’s dive into both.

Is the 2nd Wave Here?

We cannot ignore the things driving markets in the short-term.  The biggest of these this week is the spike in COVID-19 cases we have seen in states like Texas, Arizona, and Florida over the last week.

The end result in these states is a story yet to be told.  We know there have been some reversals on the easing of restrictions.  It is a distinct possibility we start to see some more specific guidance from states such as a universal requirement for face masks to be worn in public.

In the end, however, the story the news is most focused on is going to be the same story we heard a lot in March and April:  the availability of hospital resources for those with the most extreme cases.

Using Texas as an example again, you can see there is not currently a shortage of ICU beds in Texas as a state.  In fact, even with the much worse expectations for the virus than we saw just a few short weeks ago, the baseline model shows Texas will not run out of beds at any point between now and October. 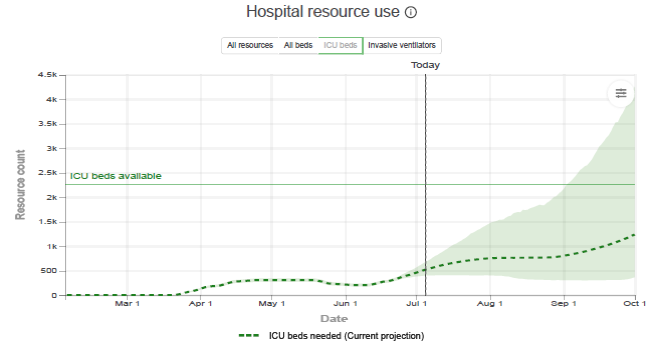 Source:  The Institute for Health Metrics and Evaluation (IHME)

The question, however, isn’t a “Texas” or “Arizona” question as much as it is a “Houston” or “Dallas” or “Phoenix” question.  We all know by now that cities with the most population density are those most at risk in this pandemic.  Texas may have broad resources statewide, but it is very possible they run out of beds in the metro areas hit the hardest.  The market will be watching this closely.

June Data is Coming In

We spent most of last week’s memo discussing the data points from Q2 that would serve as positive or negative catalysts for the market in July: Earnings, Unemployment, ISM Non-Manufacturing PMI, Retail Sales and GDP.  A week later we have some hard data to look at.

We said we were not counting on any big positive surprises in the June unemployment data.  Well — that’s why they call them surprises!  The expectation for June job growth was +3.0 million jobs.  The actual number came in at +4.8 million jobs – the kind of surprise we like – and served as a catalyst for the market in the holiday shortened trading week.

Equally as important, the unemployment rate continued to drop – coming in at 11.1%. That is a nearly 24.5% improvement from the peak rate of 14.7%.  The broad unemployment expectation for 2020 had at one point been 16.5%, so this is much better than originally thought.

This morning we received the ISM non-manufacturing (service sector) PMI data.  The expectation last week was the sector would still be shrinking (under 50) but would continue to improve and would end the month at 48.2.  And yet again we got a surprise – and it was a big one.  Non-manufacturing PMI came in at 57.1 – substantially in the “growth” phase.  Significantly, the “New Orders” section of the report showed significant growth with the index coming in at 61.6, a substantial increase from May’s index level of 41.9. 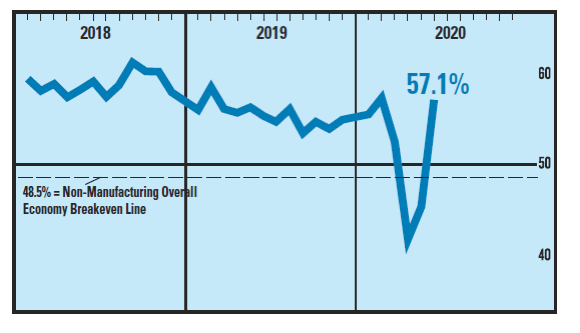 The sister report to this, the ISM Manufacturing PMI, also showed growth this month, coming in at 52.6.  While manufacturing makes up a much smaller portion of the economy than services, it does impact a large number of jobs, so expansion in this area is another good sign. 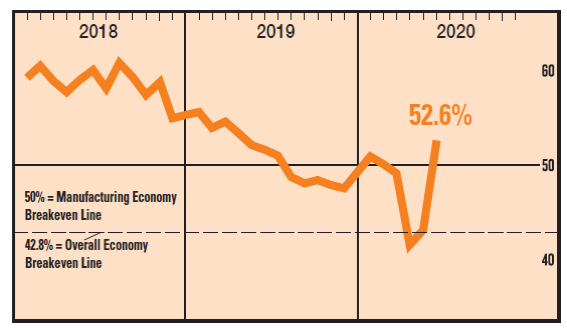 Now we have just more than a week to wait until earnings data starts flowing in – starting with the banks on July 14th.  That – combined with the virus news – should be the catalyst for the second half of July.

It’s starting to feel each week like we write a version of the same theme: “Here’s the bad news.  But here’s the good news.”  There is no perfect answer as we go through this process as there is no known end result.  That is the struggle for each of you as investors and the struggle for our firm as we work to make decisions in your portfolios.

While none of us know exactly what the end game will look like – we do know what the most appropriate answer is during times like these:  BALANCE.

Some assets are going to perform well in this time.  Some will not.  But building a portfolio that is balanced will allow you to weather the storm.  Balance, however, is not just a simple as buying some equities and buying some fixed income.  It is also about understanding what positions within those scopes will have the best opportunities for success.

Balance can mean balancing the risk inside one specific area of a portfolio.  For example, you may have two high yield bond funds.  Both have the same goal, but may have entirely different strategies on how to get there.  Utilizing the difference in management styles, cash available, and the ability to act in today’s environment can be the difference between a “good” investment and a “great” one.

We continue to take that same approach in our equities positions as shown by our rebalance a little more than a month ago – find the healthiest areas of the market and position ourselves there in an attempt to reduce your risk in this volatile time.

Balance is not something you can achieve in the midst of crisis – but instead something that must be instilled in your portfolio management from the beginning.  It is the boring work that began years ago (when we had no idea a pandemic would break out) that we believe will bear fruit throughout this process.

That’s it for this week.  As always, if you have any questions or need any assistance from our team, please do not hesitate to call.  We look forward to touching base with you personally soon!