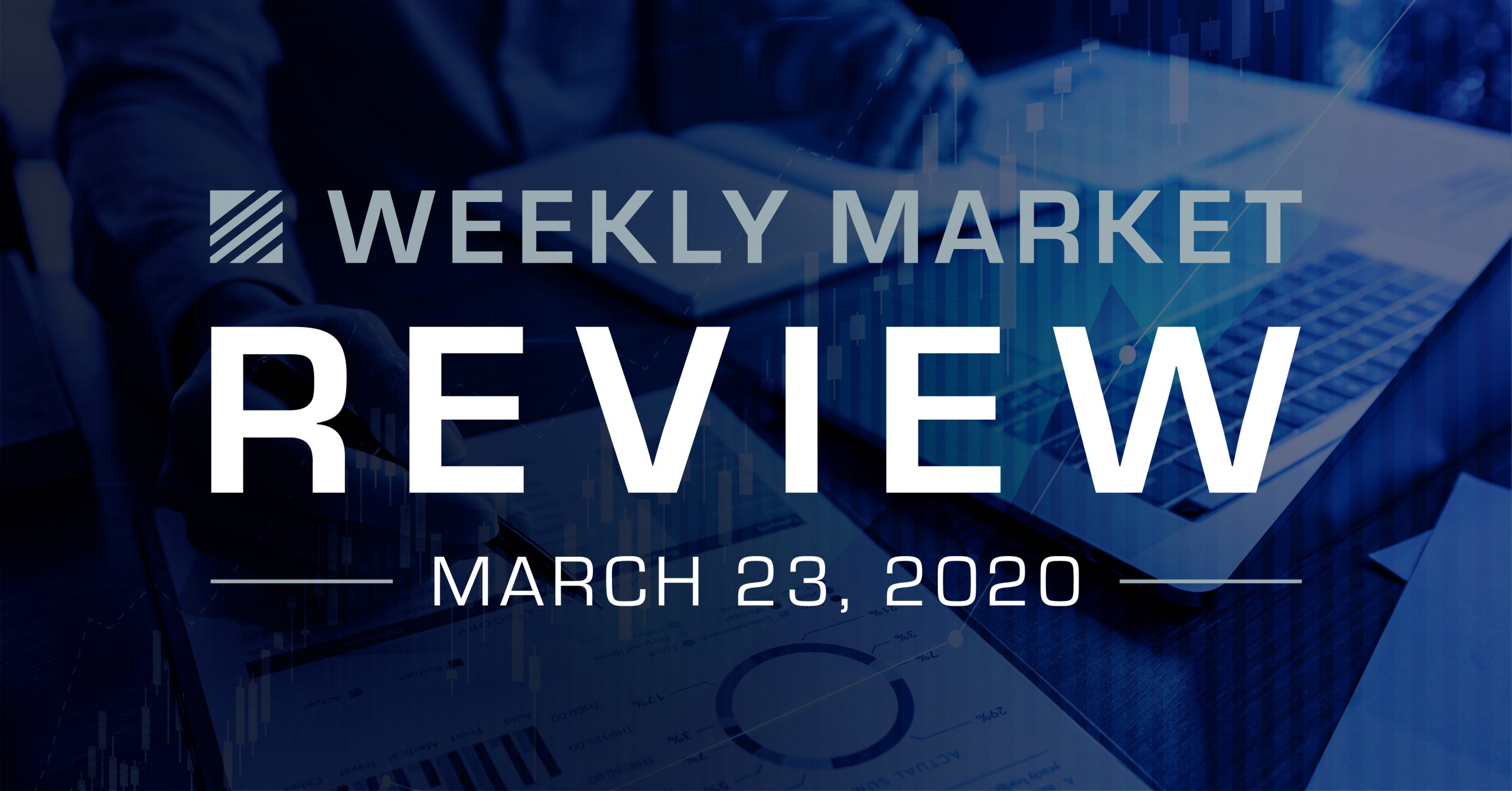 Investors pressed the fear and panic button in an unprecedented fashion this week with equity markets posting red numbers not seen since October 2008.  Markets from treasuries to oil to stocks to bonds seized up as panic ensued over coronavirus and the economic impact of containment measures which have effectively put several world economies into induced comas.  Monetary authorities around the world responded in force last week while fiscal measures are quickly being mobilized. Both financial markets and economies need to see containment measures begin to impact net new case counts, similar to Asian nations, for rational pricing and sound forecasting to surface.  Additionally, fiscal packages need to forcefully fill the economic gaps created by CoVid reactions and containment measures. Until then, asset prices, market liquidity, and social policies will continue to be driven by speculation on relatively unreliable data. While we are still weeks away from more reliable containment indications and the ensuing forecasts, our base case remains that we will mobilize to strengthen the healthcare infrastructure, hyper-innovate the bio-science response, and successfully implement containment measures.  The only certainty we see at this time is markets are not functioning properly which places a premium on discipline and long-term perspectives as we evaluate rebalancing and tactical opportunities.