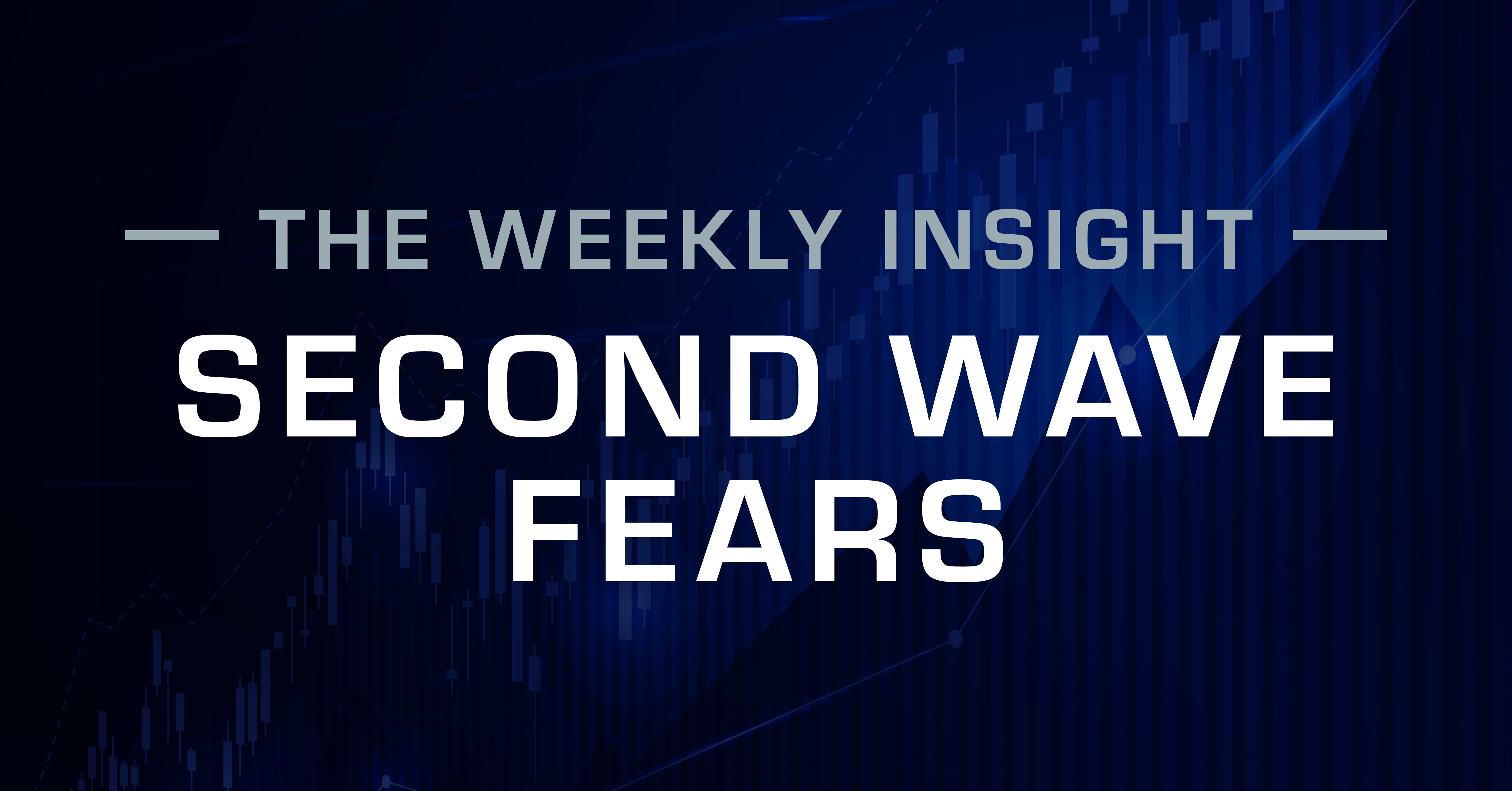 Confused yet? If not, you deserve a big pat on the back because it would seem you haven’t been spending your time reading the financial news or watching CNBC (which is an approach we would generally endorse…).

If you have been paying attention, you saw the stock market get rocked last week (down nearly 7% on Thursday alone) based on three main arguments: the onset of the “Second Wave” of COVID-19 cases, a “dismal” report from the Federal Open Market Committee (FOMC), and “bad” jobs report. It all came to a head when the stock market had its worst day in nearly three months.

For the last two months – as the market has been rising at an unprecedented pace – we’ve used these pages to tell you that, while we certainly enjoyed the ride, we couldn’t count on it happening indefinitely. The same goes for the other side of the coin. Nothing we have heard this week justifies such a dramatic shift downward. Let’s explore why.

We have heard from the start of the COVID-19 pandemic that we should expect a “Second Wave”. Common wisdom has pointed us to a resurgence in the fall and winter as temperatures cool down and kids go back to school. Yet, we have also known there is risk associated with the reopening of the economy and economists and doctors alike have been watching for a resurgence of the disease.

The first thing to remember is just how little we know about COVID-19 despite all the research and news reports that have been published. The WHO gave guidance this week that said – for the first time – asymptomatic carriers of the disease were not likely contagious. That is shockingly different than everything we have heard for the last three months. If true, mitigation efforts become that much easier: take everyone’s temperature before they enter any public facility. If it is normal: have at it.  If it is high: go home and quarantine.

The problem with this approach is even the researchers do not agree. Immediately after the WHO came out with this report, Dr. Anthony Fauci aggressively slapped the idea down and said the researcher was “dead wrong”. The WHO then pulled back its report. It looks like we are back to square one.

But we still have the infection data to look at. The current “Second Wave” fears seemed to be based on jumps in COVID-19 cases in Texas, Arizona, Florida, and California with some of the worst being Texas. Let’s look at their results.

First, it is important to understand Texas’ path to easing social distancing policies. As you will see from the chart below, Texas has been slightly less restricted than the nation as a whole.

So, in the end, the real question comes down to the old question from the beginning of COVID-19. Will Texas – or other states like it – have the hospital resources necessary to deal with the caseload it is seeing. Right now, that answer continues to be “yes”. Current estimates show that ICU beds needed in Texas peaked a few weeks ago and the current need is roughly 209 beds. The state has 2,260 ICU beds available. They are currently using less than 10% of their capacity.

There was a very important comment made by Treasury Secretary Mnuchin on Thursday: “We can’t shut down the economy again”. That leads us to believe the government’s approach to the Second Wave will be – as we discussed a few weeks ago – similar to the Swedish approach. How the market responds to that approach will be very important to watch.

There were a few key takeaways from the Fed meeting last week. The market did not like them one bit. But we would argue none should be a surprise and all will sound familiar to you.

First, they intend to keep rates “lower for longer”. They released a chart showing each member of the FOMC’s predictions on where rates would be over the next three years. There are 17 voting members on the FOMC.  All 17 predicted no hikes in interest rates from their current level (essentially 0.00%) between now and the end of 2021. Further, 15 of the 17 members do not believe there will be any change in 2022.

As you know from years past, just because the Fed says that today does not mean it will be true two years from now. It is safe to say, however, that we would be very surprised by any rate hikes this year. Is that bad news for equity markets?  On the contrary. Low interest rates traditionally drive investors into equities moving the markets higher.

Second, they announced their prediction for 2020 GDP. Right now, they are anticipating a 6.5% contraction in GDP. This is slightly higher than the 5% consensus number right now, but significantly lower than the 10% example we cited to you in our communication last week.  At 6.5% that means our economy would shrink by $1.365 trillion this year. Fiscal stimulus alone will be more than double that. Add in monetary stimulus and we are looking at more than $10 trillion – enough to cover the deficit more than 7x. This is not a GDP number that should shock the markets.

To be blunt, we are sick of writing about jobs reports. The employment picture is bad, the government is helping, and it is going to take some time to recover. Reading the tea leaves of every single report and cheering for joy or crying in your pillow is just not a healthy way to get through the next few months.

But it seems the market is not going to let us off the hook that easily or respond that rationally. So here we are again.

A week ago, the news was historically positive. The May monthly jobs report came out and showed a net gain of 2.5 million new jobs (vs. a historically wrong prediction of 7.5 million jobs lost). It was certainly good news but should undoubtedly be taken with a grain (or 1,000 grains) of salt. Jobs were created because the economy was slowly starting to reopen, yes. But they were also created because employers needed to get their employee counts up so they could get their PPP loans forgiven.

This week comes the “startling” news that 1.5 million people applied for unemployment last week. That shocked the market because – if we created 2.5 million jobs last month – how could we possibly have 1.5 million unemployment claims last week?

The weekly numbers are just new unemployment claims. While that number – 1.5 million – is still historically high, it is a decrease of 355,000 claims from the previous week and nearly 500,000 jobs less than the 4-week moving average.

As you can see, all of these statistics are relative. In the end, the actual numbers do not matter to your portfolio. It is the perception of those numbers – and the public’s lack of understanding – that does.

In the end, as we discussed last week, this is all just an expectations game. It doesn’t matter if the news is “bad” if it’s not worse than the “expectations” or “consensus”. The problem is it seemed much of Wall Street was pinning their hopes on a swift recovery underpinned by no “Second Wave”. As you know, we have been happy to ride the recovery, but have not been that optimistic since the beginning.

There will be bumps in this road. Last week was one of them and it could continue for some time. But patience, caution and commonsense will get us to the other side of the COVID-19 era – be that later this year or sometime in the near future.

One More Bit of Bad News

Sadly – but probably smartly – the Iowa State Fair announced they were cancelling the event for this year. That, of course, means no Insight Day at the Fair. It has been a long-standing tradition and favorite of both our team and our clients. We can promise you we have already reserved our spot for 2021 and will look to find some other fun things to do together once we get past COVID. We miss you all!