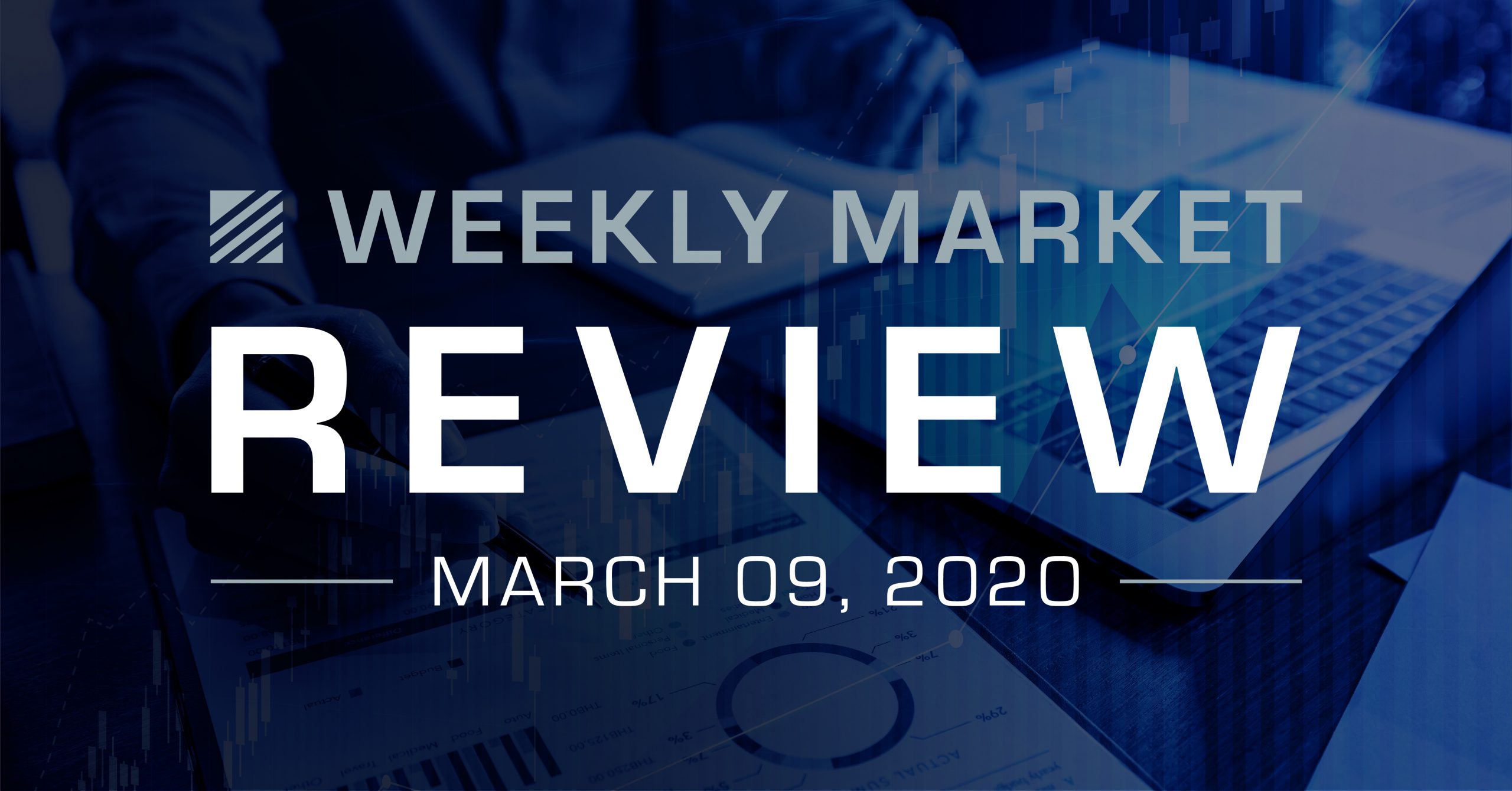 Last week, coronavirus, Super Tuesday, and an emergency rate cut by the Fed translated to wild equity market gyrations and a stunning plunge in treasury yields well below record lows. The surprise rate cut by the Fed pulled the rug out from underneath the USD (-2.22%) as both Euro (+2.36) and Yen (+2.63%) rallied sharply. Oil (-8.15%) moved to further price in a significant drop in economic activity while industrial metals and grains held their ground. Gold (+4.58%) rallied in sympathy with the risk off trade which has seen equity market volatility triple since middle February. While we expect continued volatility looking forward, our base case at this point remains firmly in the ‘buy the dips’ camp as Chinese stimulus, U.S. monetary stimulus, and the global manufacturing cycle are likely to ultimately overcome global pandemic economic concerns.